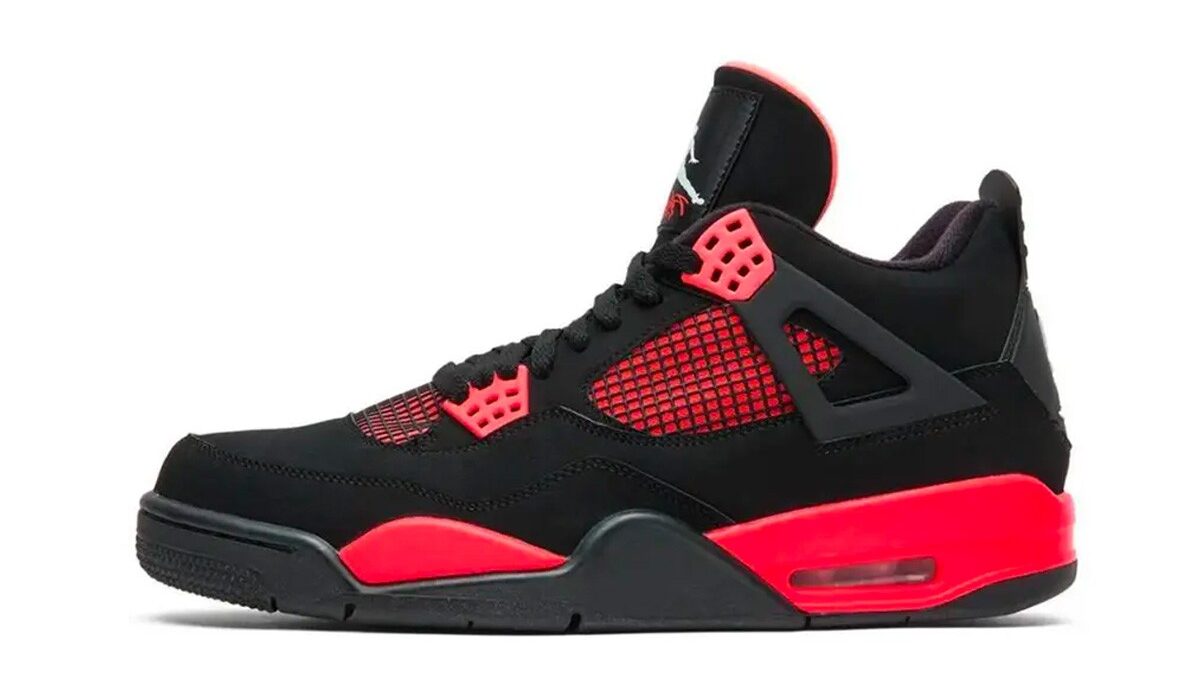 We can firmly say that Nike hit the jackpot when they released the original Air Jordan 4 “Lightning” back in 2006, which is considered to be one of the most memorable colorways of the silhouette to date. A casual sneaker fan can also recognize them due to the “Tour Yellow” suede on the upper portion of the shoe. Lightning of course would have been incomplete without its thunder, leading the creators to release the Air Jordan 4 “Thunder”.

The supporting pair took the head turned yellow from its forerunner and finely turning its base with black shade with a more easily wearable palette. Though both these iterations are pretty hard to beat but the upcoming “Red Thunder” can surely lead the edge from the front.

The reason that the “Red Thunder” are considered to be a masterful and dominating execution is the way Nike has carefully and finely picked some of the most desirable color schemes of the silhouette to create something that is one of its kind, original, and familiar at the same time. According to the near image of the 2021 “Thunder”, the latest iterations still have the black base with a splash of red akin to the classic “Bred” IV. The pops here are not as subtle as they were in the “Bred” giving some components such as the midsole and caging with a deeply saturated aesthetic that is very bright.

Keeping in mind the history of the popularity of these colorways, the upcoming Nike Air Jordan 4 “Red Thunder” is surely going to be a top priority for the majority of sneakerheads all around the world.

The Air Jordan 1 Mid Mixes A Classic “Shadow” With Pink