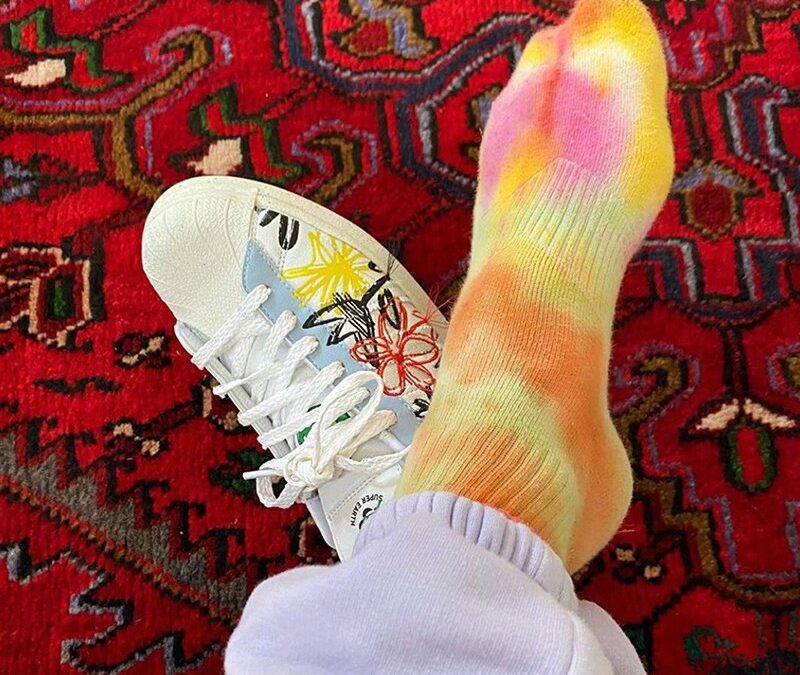 Round Two co-founder and designer Sean Wotherspoon, after confirming his new partnership with Adidas earlier this year, has given us our best look till date of to be released sneaker with the company.

In the post, which has since been deleted, Wotherspoon gave us a glimpse of the highly anticipated sneaker, confirming that we will see a redesigned Superstar silhouette from the designer. The photo gives us a glimpse of the white upper, whose medial side is covered with illustrations of flowers, and baby blue near the eyestays. This earth-themed sneaker, which is also made with sustainability in mind, sports a “Super Earth” symbol on the tongue.

Via a post made in February, the designer showed us details of the shoe. He added that the shoe was “100% Vegan friendly” (much like the Veja sneakers available in Veg-Non Veg), and that certain measures were taken to make the shoe even more friendly for the environment, such as the 100% recycled paper laces, cork insole with (recycled) composite padding, and a rubber sole which is made of 10% recycled rubber.

Sean Wotherspoon has also had an immensely popular sneaker collaboration with Nike, and ASICS. He talked about this in a separate Instagram post, saying, “Nike, ASICS, and Adidas. Never thought I would have my name on any sneaker, let alone 3 of my favourite brand. Life is Crazy.”