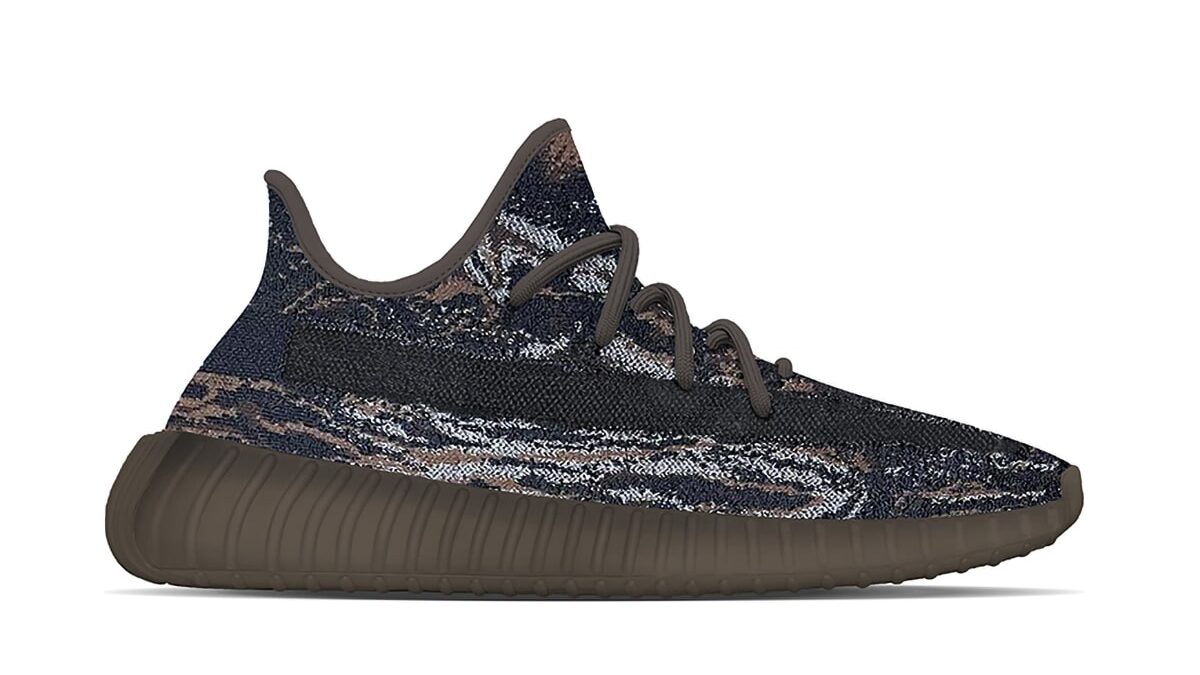 Another day and  another colorway of the YEEZY 350 , but in a much different and evolved silhouette . Apart from its classic earthy hues, new colors, weaves, and patterns have been witnessed such that we’ve also seen an impending color-changing UV-sensitive pair. But the recent iteration , YEEZY 350 v2 “MX Rock” is very different from the ones released before and from those on the brand’s traditional sneaker lineage.

With a resembling marbled pattern as seen on the “MXT Moon Grey” Foam Runner, this 350 is crafted to a swirling weave of blacks, browns, and creams. Additionally a strike of solid black on the lateral stripe, and it’s expected to arrive with liners, laces, and sole units of chocolate brown. Catch a glimpse of these in the mock-ups below, based on the fabric sample pictured further on.