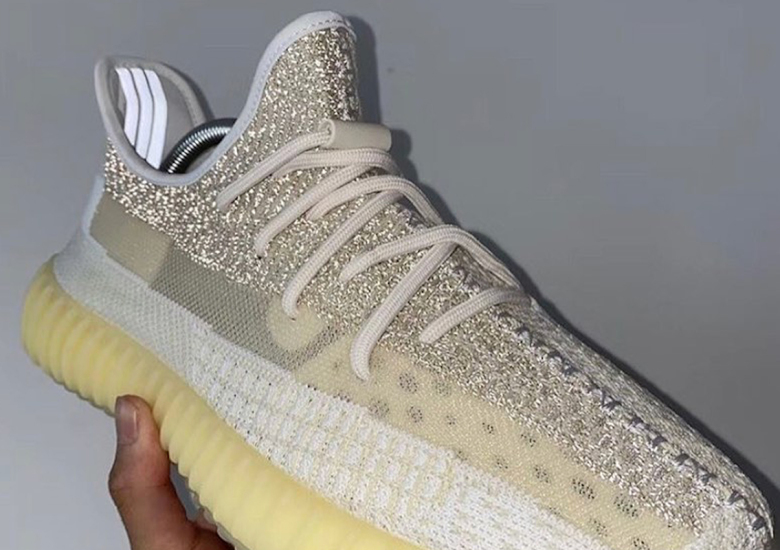 Even though Mr. West going crazy over his music contracts on social media lately, it hasn’t yet affected the mainstream sneaker consumer’s want over purchasing his items, and this is reflected by the consistently sold-out Yeezys that have been delivered in the latest memory. This Fall/Winter, Ye has a couple more on the way, one being another variation of his popular Yeezy 350 which has now surfaced in an “Abez Reflective” colorway.

Made with brighter shades mostly, this next variant splits its Primeknit upper between light beige into its heightened region, and clean white closer to the sole, the former of which houses the reflective notes have been sparkled throughout. Going down beneath all of that, the ribbed, Boost-cushioned bottom unit comes with a pre-yellowed outer that almost gives this colorway a vintage look. Sit tight for a further word on their official release date, and expect these to likely drop through adidas.com, Yeezy Supply, and select retailers next month with a non-reflective version for the usual $220.

New Balance creates the “Harajuku” colorway for its classic silhouettes