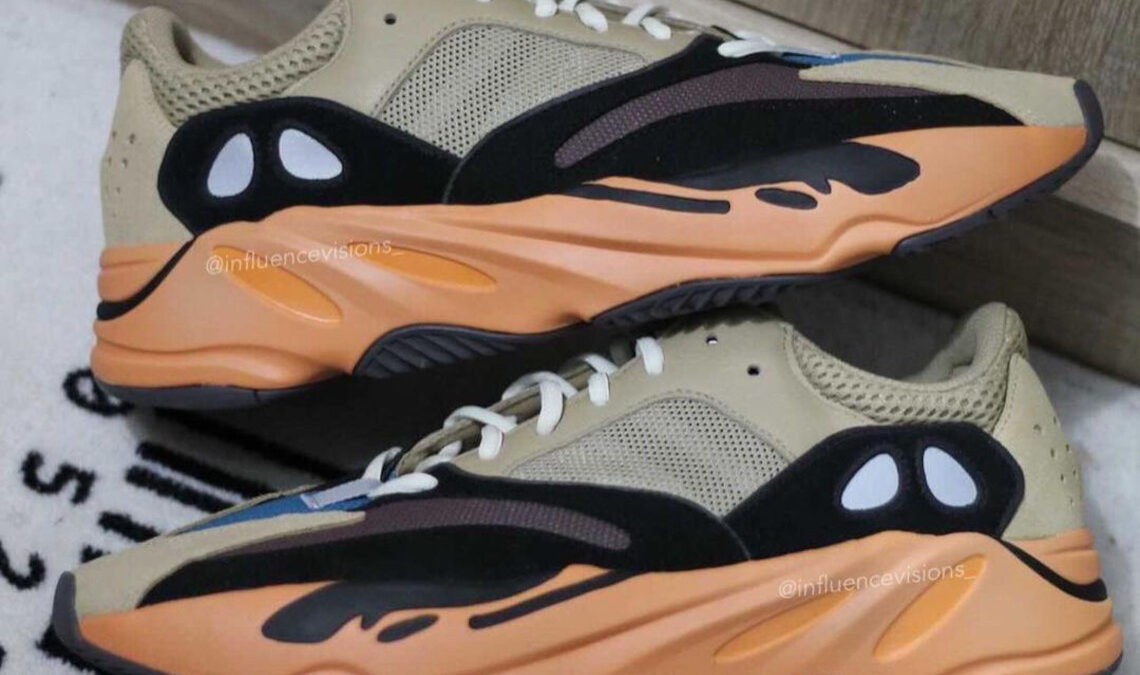 Following the teaser release in late April, the adidas YEEZY BOOST 700 “Enflame Amber” image has recently landed ahead of its expected release on June 11th.

In a flash, the pair imitates a less-saturated version of the “Sun” colorway that launched in January. The upper is enclosed in yellowish grey overlay of mesh base and its suede and leather , while keeping the details near the vamp and along the profile very much intact just like the original YEEZY 700 “Wave Runner”. In the underfoot, the sole units sport a flamboyant orange hue, matching with the similarly-named YEEZY 500 “Enflame”. Just like the earlier Kanye West releases , reflective accents make their way throughout the midsole and upper, proffering a bit of unexpected flair.

Take a look at the upcoming YEEZY option here below, and find pairs available at the usual stockists come June 11th for $240 USD.

Chrome Hearts drop an all new Hoodie on their official website