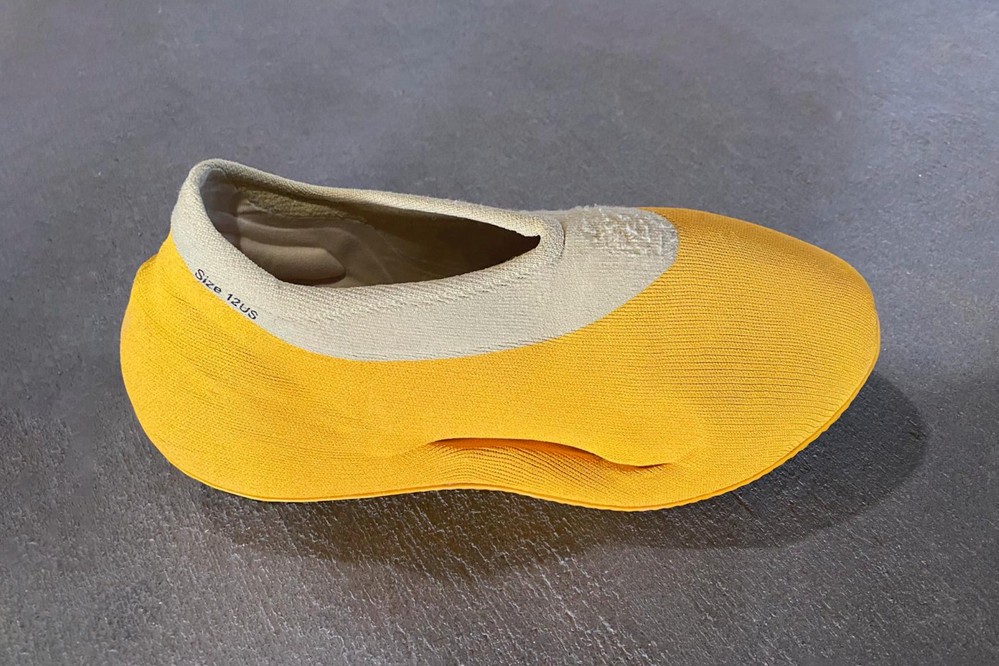 Kanye West and adidas tend to take the sneaker world by storm one swoosh at a time , and this spring/summer with the YEEZY FOAM RNNR and the YEEZY SLIDE, and now they dropped another bomb read as slip-on footwear option : the YEEZY KNIT RNNR. Retaining its shape similar to the FOAM RNNR but the sloping forefoot and pronounced heel make the KNIT RNNR completely different from the predecessor in material. As its name indicates, it’s made almost entirely of a woven textile.

The KNIT RNNR was first teased all the way back in August 2020, and was initially planned to be named , “TRRL RNNR” or the “Turreliens.” The initial colorway is called the “Case Power Yellow” and offers a dual tone look with yellow on the midsole and a sandy tan collar on the upper acting as a contrast. Though the shoe is sheathed entirely in a knit material, it’s very likely there’s some type of standard cushioning setup present in the cored-out midsole as a 100% knit sneaker would not be durable enough for daily outdoor wear. The size is also stamped on the lateral heel in black, but this could very well be a feature of sample pairs.

As per the reports YEEZY Mafia , YEEZY KNIT RNNR’s can be set to release placed at end of 2021 or the start of 2022, but no official statement has been given by West or adidas yet . The pricing details are also yet to be announced

New Balance reveals a “Team Royal”colorway for the 997