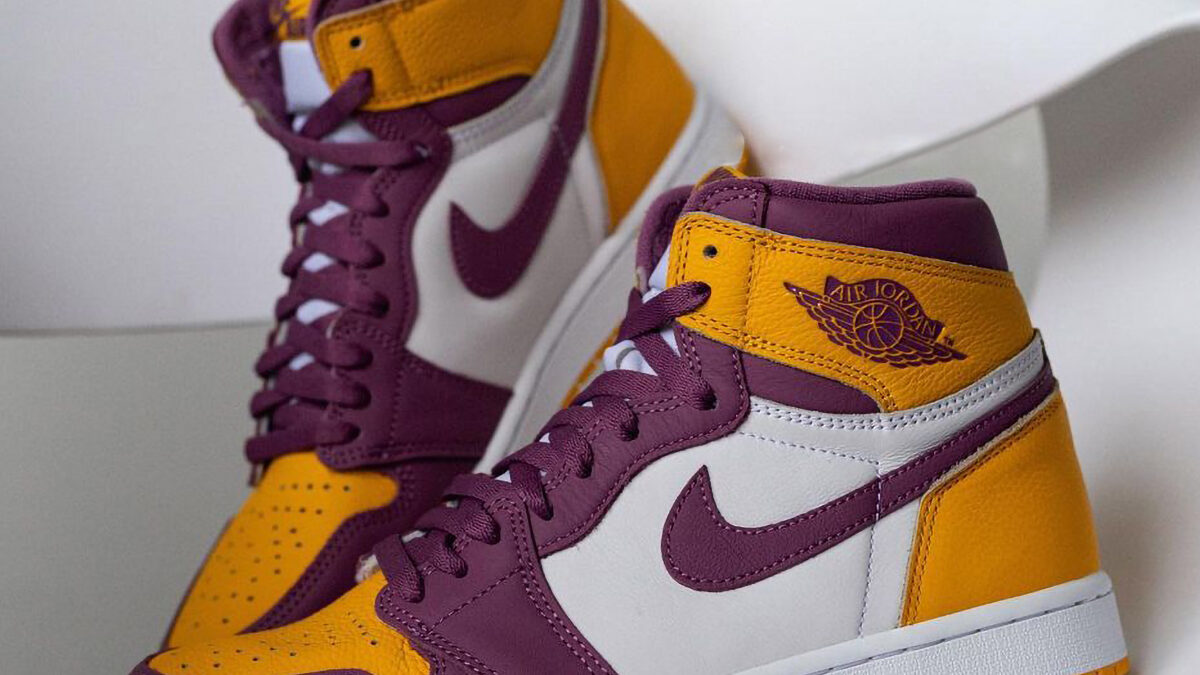 It seems that Jordan Brand won’t be mixing Air Jordan 1 attempts in 2022, with some new colorways already decided for the first quarter of the year. Joining the just-revealed “French Blue” and monochrome offering in Black, White, and Cool Grey for early 2022 is this fraternal Air Jordan 1 High OG “Brotherhood”.

Omega Psi Phi is the first fraternal organization founded at a historically black university, established in the year 1911. Michael Jordan joined during his years at UNC and has been seen throwing up the frat’s signature ‘hooks’, wearing OPP tees, and even has an Omega motif branded into his chest. The fraternity has played such an important part in MJs personal life so it’s quite obvious to get a feature in MJs footwear line up too.

According to the sources – zsneakerheadz and Sneaker Files, the pair will be coming in a mix of the OPP shades in the Bred Toe blocking. We might also see some mid panels of white leather, toes, heels, and ankle flaps of University Gold, and remaining leather panels in purple. White nylon tongues will appear below purple laces, whereas the pair will be completed in a white and gold sole unit underneath.

Take an Official Look at the SB Dunk Low "Mummy"