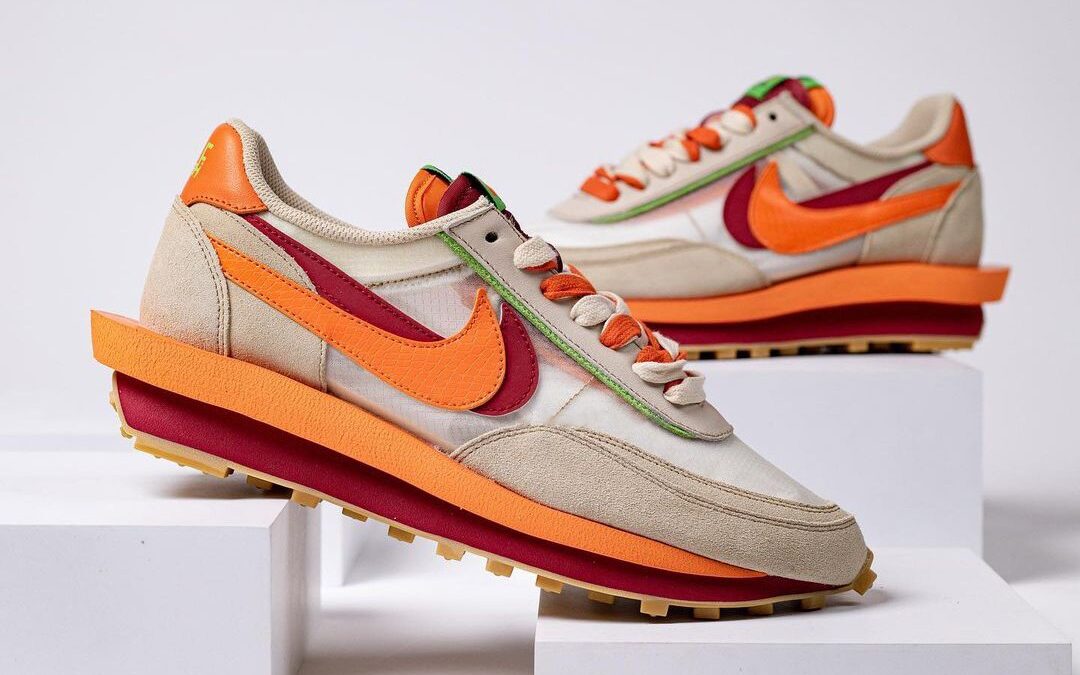 Sacai and Nike are creating some serious hype about their famed LDWaffle in 2021, one design of which is a three-headed collaboration with CLOT. Initially rumored earlier this year, the three-party, double-stacked sneaker flaunts an interesting material structure and a color scheme similar to CLOT’s noted Air Max 1 “Kiss of Death.”

Previous LDWaffles featured mesh or nylon base layers, however this CLOT iteration elects instead for translucent TPE. Doubled-up styling begins with the midfoot swooshes that lay orange on top of burgundy. Tongues grab major attention as well by flipping the script by placing burgundy on top of orange and adding a pop of volt green into the blend on their Nike Sportswear tags. Eyestays are amplified as well with a subtle touch of neon peeking from under a sandy tan suede top layer.

As more “twice as nice” sandy tan suede stylings crop up on mudguards and heel counters, the orange heel piece is stamped with all three company logos and the shoe is laced with both white and orange laces.

Underneath, midsoles packs an orange slab of foam on top of a burgundy one — a first for the LDWaffle, as all past silhouettes have used white midsoles. Finishing off the look are traditional gum outsoles.