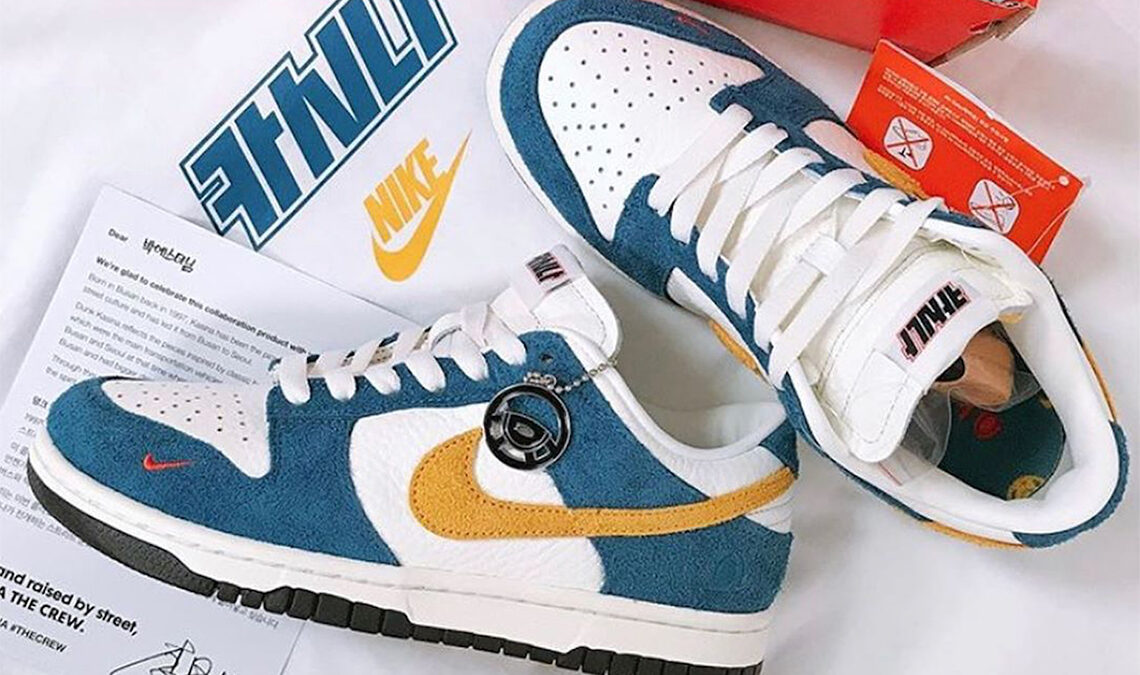 KASINA‘s upcoming duo of Dunk Lows is soon set to arrive, something confirmed as pairs have recently landed in the hands of somewhat notable South Korean influencers. With more images certainly on the way, the first to see the light of day is the Industrial Blue colorway as well as the Neptune green, the latter formerly viewable through mock-up alone.

This pair uses heavy suede and color seems to primarily dye the suede fixtures, these wrapping the toe cap, eye stay, and heel counter in both of the aforementioned colors. Neutral white shades line underneath in a tumbled leather while the swoosh at the side profile flaunts either a bright gold or a simple grey. The tongue is replaced with Korean text, the bold-faced lettering phonetically reading as KASINA. At the rear, there’s also a small embroidered symbol that likely nods to the boutique while a miniature check mimics at the forefoot in red thread. Heels, though ostensibly marked with “NIKE” on the blue option, adds further nods to Korea on the green as both Busan and Seoul are stamped in the typical style.

Grab a quick look at these here and be on the lookout as these are scheduled to release later this month, though whether they’re an overseas exclusive is uncertain.