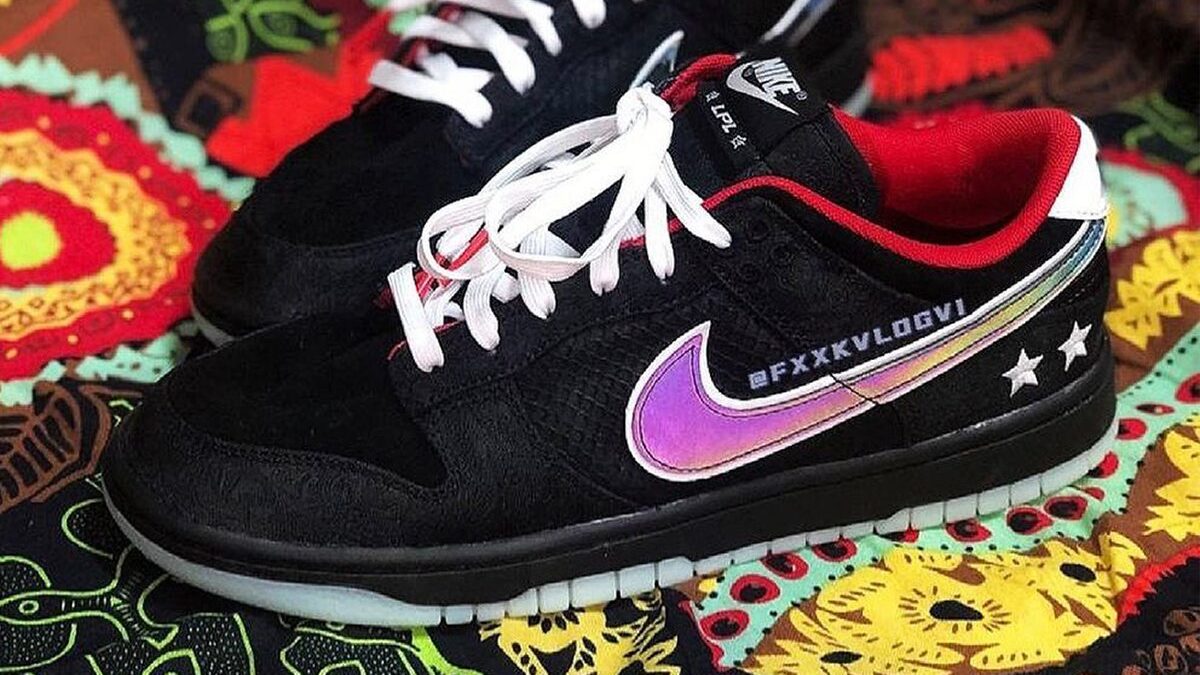 In the year 2019, Nike made a historical decision by announcing its partnership with the League of Legends Pro League (LPL), becoming the official shoe and clothing provider of the top online gaming league in China. It was the Swoosh’s first official encounter with the eSports world which led the brand to new avenues in the market, and what came along were some pretty decent drops — the highlight being last year’s Air Jordan 1 Zoom CMFT. For 2021 the collaboration is diverting towards the Dunk to deliver some regional flavor, filled with patterns and textures inspired by traditional Chinese iconography which will be the most subtle elements of the release.

The tonal black textures are overshadowed by the bold detailing around it, with bright white laces, red liners glow-in-the-dark soles, starry heel detail, and iridescent 3M reflective Checks stealing the show. Completing the look are the co-branded tongue tags and insoles and one can expect a special packaging.

As per the rumors, the LPL x Nike Dunk Low will release during Holiday 2021 at select retailers, though this has not yet been confirmed by sources. Grab a detailed look at the pair here below.