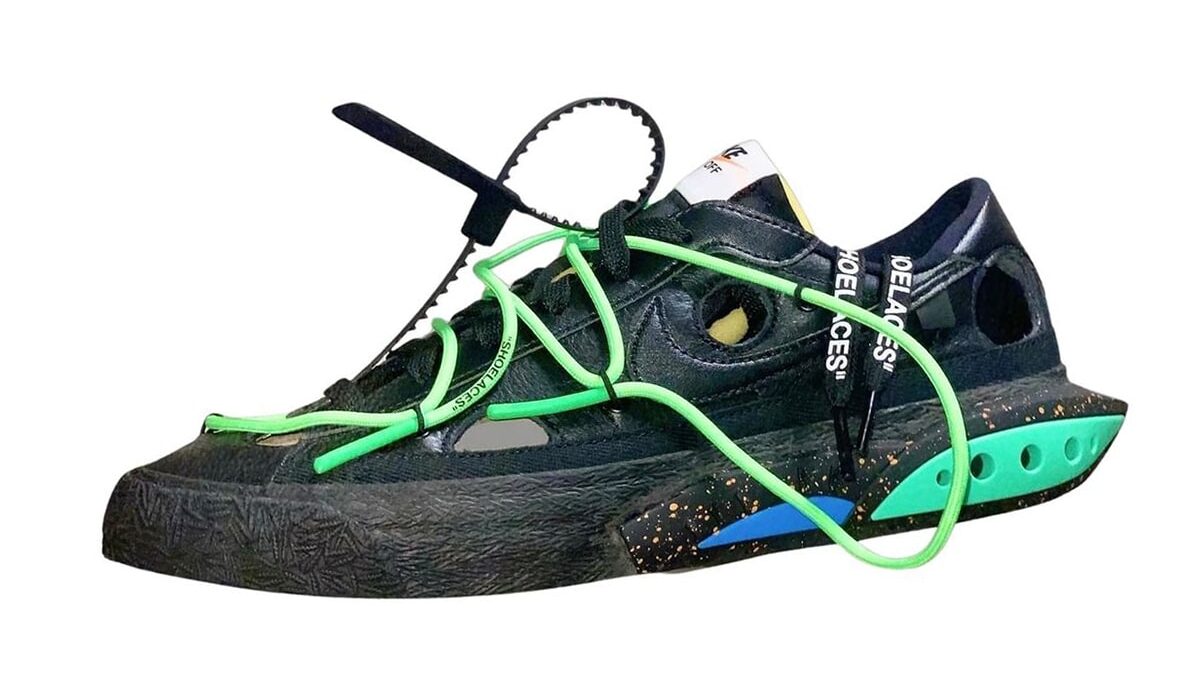 Virgil Abloh has returned for another collaboration with Nike in 2021, making it the fourth consecutive year for the famed duo. The sneaker world was first taken by storm by Virgil and the OFF-WHITE label back in 2017, along with a ten-piece footwear collaboration featuring some of Nike’s most popular silhouettes. The Air Jordan 1 and the Presto are arguably the best pairs from the lineup, but Abloh’s effort on the Blazer — a silhouette he pursued further with multiple future drops — was extraordinary. Now, for Summer 2021, Virgil returns to the silhouette, although this time it will be a Low.

The reveal comes right after the unveiling of sacai’s two Blazer Low efforts for Spring 2021. This definitely indicates that Nike has big plans for the low top heritage silhouette in the future, especially for next summer. As for Virgil, we can expect to see a black-based pair from him, adorned with his signature dual lacing and sectioned circular cutouts all
throughout the shoe. Sneaker-leaker @PY_Rates has taken to Instagram to share the report alongside a visual representation of what to expect in the coming Summer/Fall next year.

A second colorway is also expected to drop next Summer, in a White/University Red colorway.