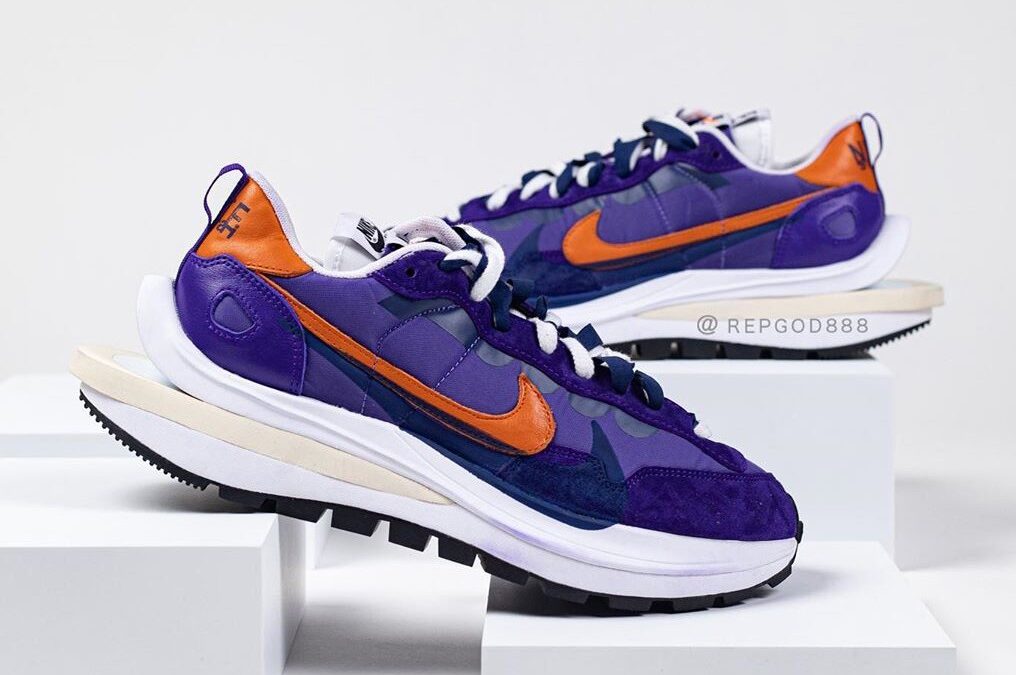 The highly anticipated collaboration of Sacai and Nike‘s “Vaporwaffle” is adding purple and orange colorways to its rank. The doubled-up detailing and thick midsole features a noticeable material difference: its uppers are made from nylon instead of mesh. This new makeup is largely in line with its four compatriots.

The rich purple suede and leather pieces on the heel, eye stays, and toebox overlay the potent purple nylon uppers. To match the detailing directly below the eye stays, the bottom midfoot Swoosh is printed navy, along with orange leather which graces the co-branded heel tab and also appears on the top midfoot Swoosh.

The stacked tongues honor both Nike/sacai hits and classic Nike Sportswear motifs, with two sets of laces, one in standard white cotton and other in a navy blue ribbon material. Meanwhile, the orange insoles present the final piece of branded detail. The shoe’s layered look home with extended heel pieces and lip-like curved detailing, features double stacked midsoles in both sail and white tones. The final homage to the retro Nike Running product, is paid by the black waffle outsole which complete the whole look.

An official release date for this new sacai x Nike Vaporwaffle colorway has yet to be revealed, but it’ll likely arrive either later this fall or in early 2021.

New Balance creates the “Harajuku” colorway for its classic silhouettes