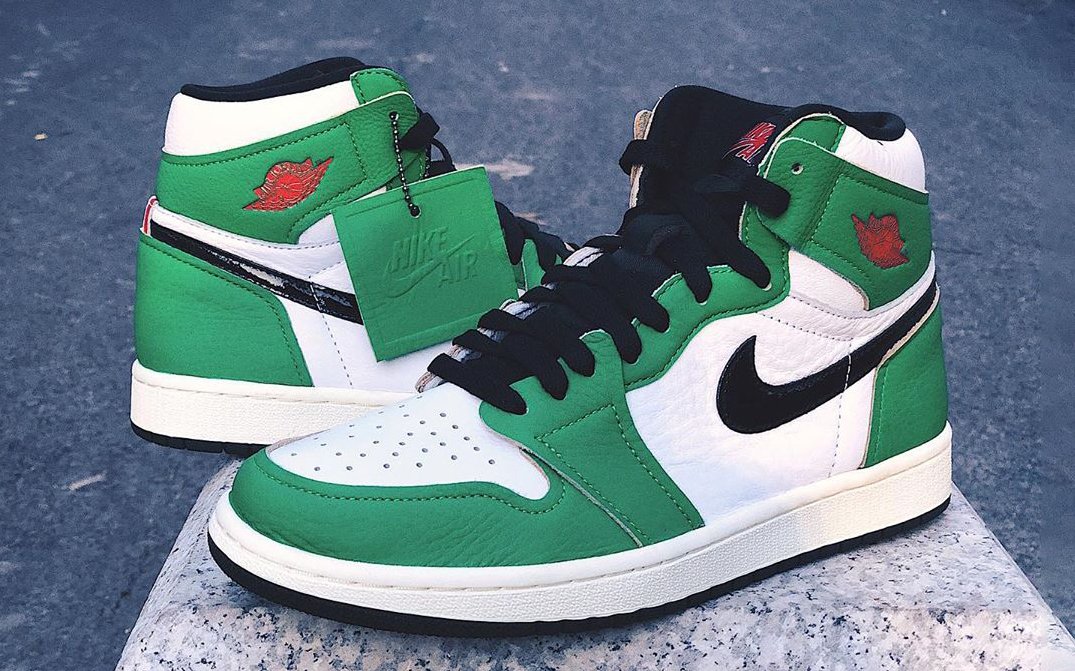 The first look surrounding the Air Jordan 1 High “Lucky Green” have surfaced the internet and surely derives inspiration from the Boston Celtics colors. Boston Celtics provided a great competiton to the legendary Mike’s Bulls team and were known to be the best competitors in the game.

The insole of the shoe is covered in Garden’s famed parquet floor and the upper in green and white palettes. The shoe holds its aesthetic to the legendary rivalry between the two and also takes hints from the Bulls legendary era. To mark it ,  shoe features Bulls inspired black nylon tongue with jersey inspired Nike Air tongue branding , red wing motifs and red-white heel overlays. To end it off , is the high rise Nike swoosh in black and a Nike Air hangtag atteched to the shoe.

The shoe is women exclusive and is  going to release on 11th October for a retail price of $170.

Stephen Curry Rumored to Establish Signature Brand for Under Armour