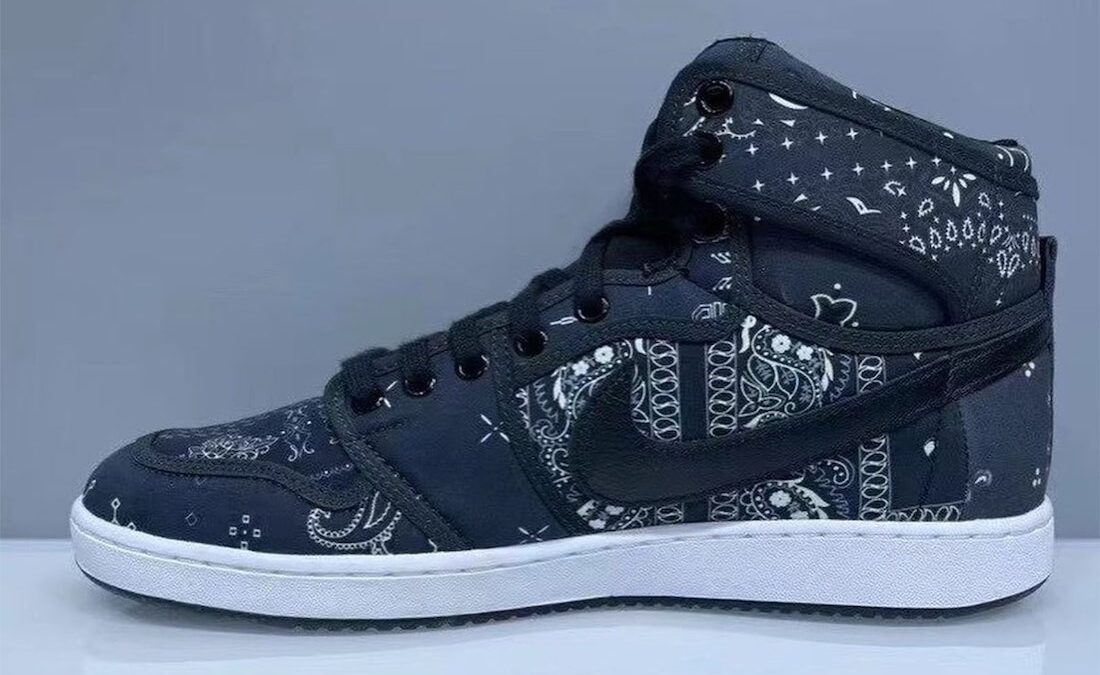 Air Jordan 1 options are plentiful in 2021, with the High, High ’85, Mid, Low, and Low OG joined by newcomer variations in the Zoom CMFT and Switch all vying for your hard-earned. This year, the return of the first-ever Air Jordan adaptation, the AJKO, a silhouette that has been a solid performer during its sporadic appearances since its debut 1986 release, will be seen. 2021 may prove to be different, though, with Air Jordan 1 hype at an all-time high, you can expect Mike and co. to capitalize in any way they can. With a word on both its OG Chicago Colorway and the recently-revealed “Storm Blue” on the way, a third AJKO release has been revealed in this Air Jordan 1 KO “Paisley”.

First imagery shows the pair clad from toe-to-tail in a blue paisley construction, with black panel trim, black nylon tongues, and tumbled leather Swooshes — also in black. Outsoles and Wings motifs at the ankle follow suit, while striking white midsoles serve as a counter-balance for the small hits of white patterned through the upper’s textile.

Not much is yet known about the pair, but given the upcoming release of an Air Jordan 1 High Pasiely for Spring — and with the timing of this first look —  it may very well release alongside the AJ1 High in the coming months.

This pair is just one of an extensive lineup of Air Jordan releases previewed for the year ahead.

Nike Readies "All-Star 2021" Take on the Air Foamposite One