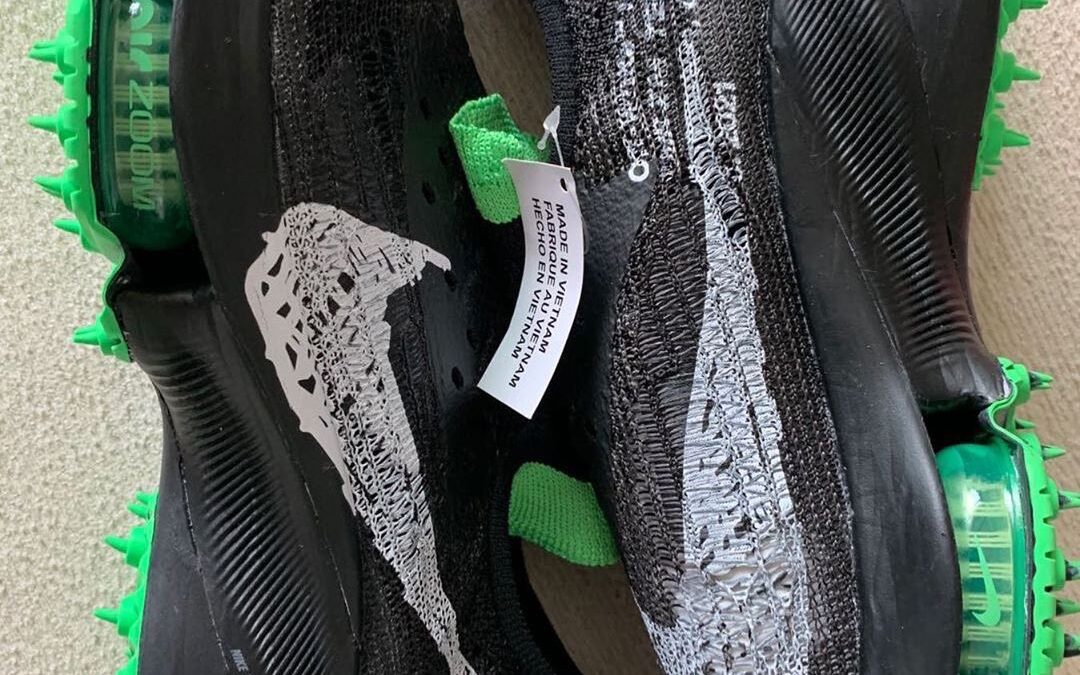 OFF WHITE and Nike collabs have always been hyped and we know Virgil doesn’t leave any chance to reconstruct Nike’s most popular silhouettes. Though this time around the much hyped collab has taken a bit different path by choosing Nike’s one of the most technological advanced silhouette Nike Air Zoom Tempo NEXT%. Earlier we saw the Vaporstreet collab with OFF White which turned out be quite good (in the resale market).

Looking forward to this drop it also includes unique three-piece Vapor Street and Terra Kiger 5 collections, as well as the upcoming “Rubber Dunk” — all based on sneakers that aren’t the market’s best known (or best-loved). The NEXT% lineage is still relatively new, but considering that the similarly-shaped VaporFly is widely considered to be Virgil Abloh’s worst effort with the Swoosh, it will be interesting to see how these fare with sneaker fans. Like his previous runner renditions, this pair too comes complete with rubber spiked outsoles, and includes some pretty sketchy drawn-on Swooshes, as well as the signature OFF-WHITE c/o lettering.

The collection is expected to drop in Fall Season 2020 and Nike OFF WHITE Air Zoom Tempo NEXT% will retail at $260.

The entirety of the Adidas Hoops x McDonald’s collection revealed

Brain Dead Splits, Flips, And Stacks The Sole Of Their Upcoming Converse Chuck 70