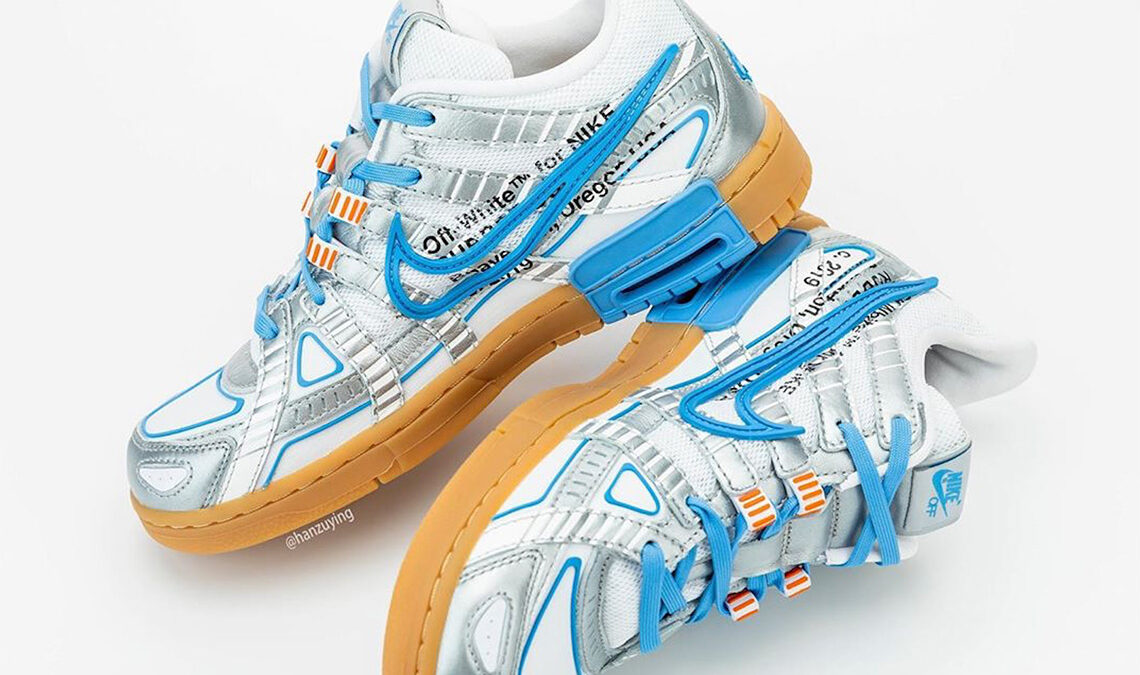 The highly anticipated Off-White X Nike Rubber Dunk collection was originally made to honor the Tokyo Olympics is scheduled to drop sometime in the summer of 2020. An early look of the colorways has surfaced online.

Nike’s collaboration with Off-White, famous for bridging Fashion and Sports as Exhibited by their part in the New York Fashion Week, is now releasing the Rubber Dunk series in 3 colorways namely “Green strike”,” University Gold” and “Silver-UNC blue”.

The most recently revealed style, “Silver-UNC blue gum” is creating a buzz online. This is the first time Virgil Alboh not working with a pre-established silhouette and working on an all-new one.

Taking inspiration from the Retro-runners of the 2000s and amalgamating it with the lifestyle mainstays, the model consists of retro style paneling on its uppers with vertically placed leather stripes which extend up to the eye row, along with a thinly cut swoosh at the profile with accent line at the edge of each panel. It also consists of Off-White’s signature style combined with certain features from the Nike P-6000. The midsole of this sneaker is similar to that of a Nike Dunk, except with an added exposed air bubble on the heel.