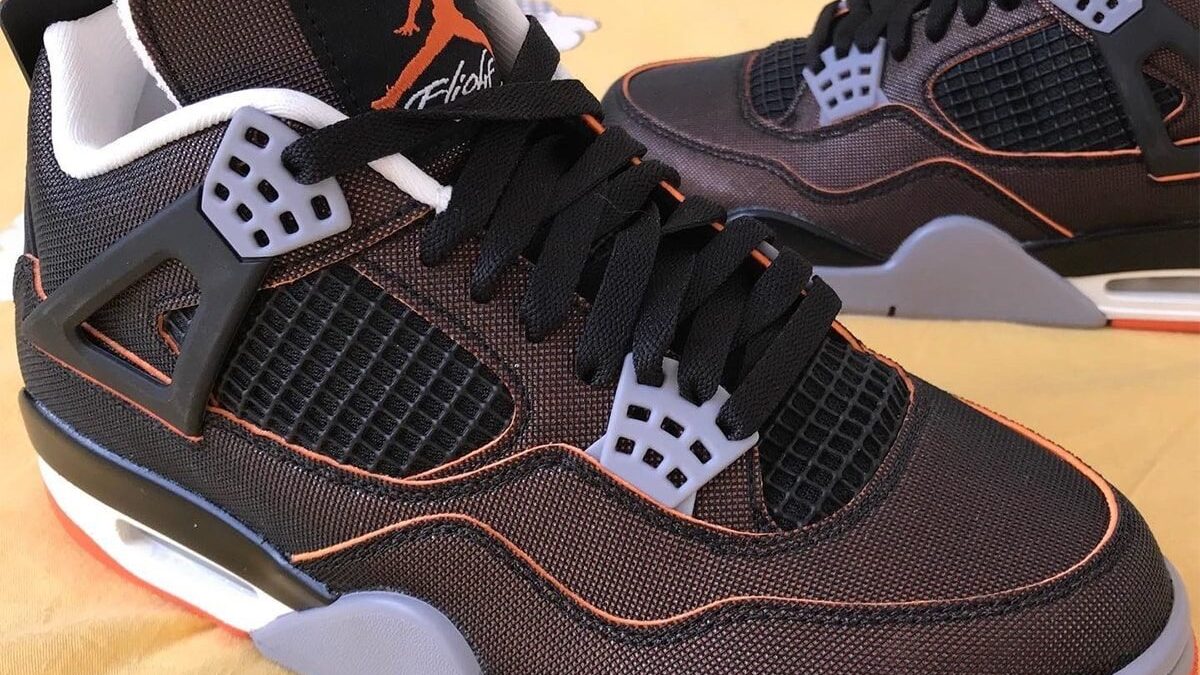 The first impression  on the  Air Jordan 4 “Starfish” has arrived and it’s nothing a bit what we expected .The sail-based mock-up provided by @zSneakerheadz is poles apart from the  actual release, which essentially appears in a Bred-based blocking. Black uppers which  materialize to be a shred off mesh rest atop an all-orange upper. Hence , you can expect much the same as the OG Air Jordan 4, though reds have been replaced by orange, liners swapped to white, and tongues now arrive with exposed foam. Though the pair’s story is yet to be told, it quite obviously has a lot to do with the 1989 OG — so stay tuned, until then enjoy a look at pairs .