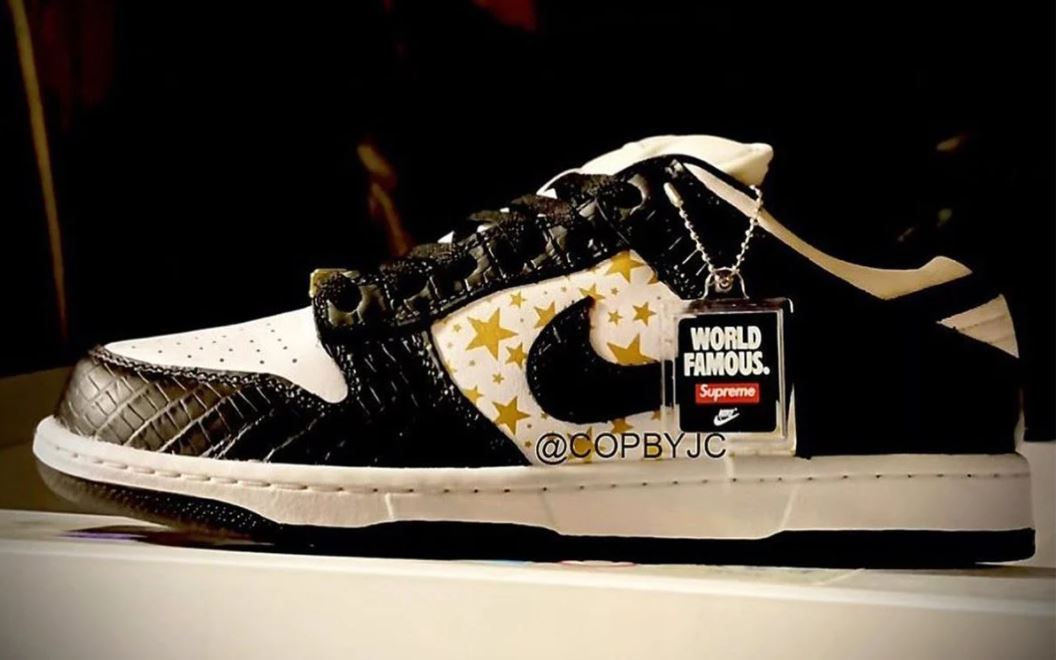 We all know its the Dunk Season and catering to the hype Supreme and Nike have decided to drop a 4 pack SB dunk low collection. This collab reminds us of the iconic collab that happened 17 years earlier. The Gold star imprints will now be accented on the Nike SB Dunk lows which were last seen back in 2003 in the form of highs. The Dunks will be coming in a 4-piece pack nearly after 17 years.
The gold stars will be visible on a croc skin on the tabbed colorways instead of the probable colorways such as the Orange, Red or University blue. The tabbed colorways include Hyper Blue, Mean Green, Barkroot Brown and Black. @SHOF well known Sneaker leaker has claimed that it is an official collab with Supreme branding on insoles and lace locks.