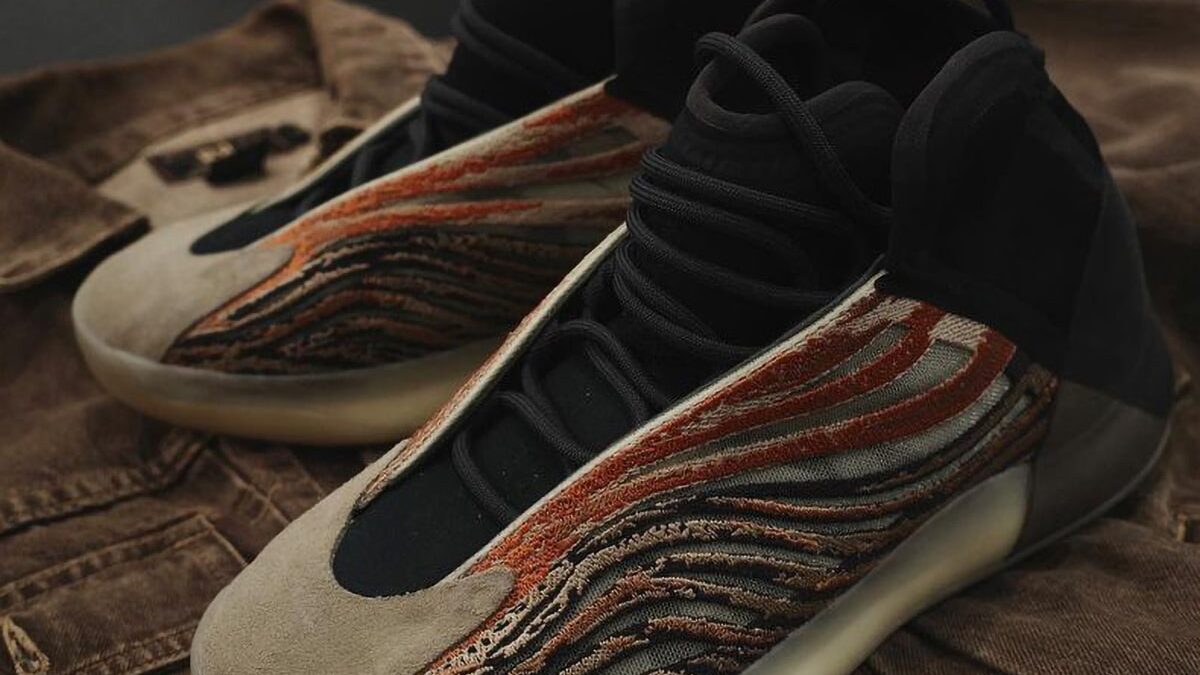 It appears that Kanye and co. are getting a little more exploratory with their color palettes, forgoing their formidable earthy tones in favor of some striking saturations, for a handful of releases at least. Notably, the just-surfaced Bio Hack YEEZY 500, this weekend’s Sun YEEZY 700, and the upcoming YEEZY 1020 boot. The latest to appear beyond the carefully curated lines is this YEEZY Quantum “FLAORA” (likely short for “Flame Orange”), which takes on a recurring color from the just mentioned, orange.

Any serious YEEZY fan would anticipate something much more earthy in hue, and with first looks surfacing, it appears that is once again the case. Once again we see a familiar black bootie, light tan sole unit, and neutral suede toe, but it’s the midfoot detailing that provides the point of difference. The tiger-like mix of burnt orange, black and tan work through the profile panels. Made in two distinct sections, the upper portion is set with solid streaks, while the lower take on the aforementioned Tiger stripe finishes.

Though a specific date has not yet been noted, you can expect the Yeezy Quantum “FLAORA” to arrive as early as May 2021. Grab a look at the expected colorway here below.