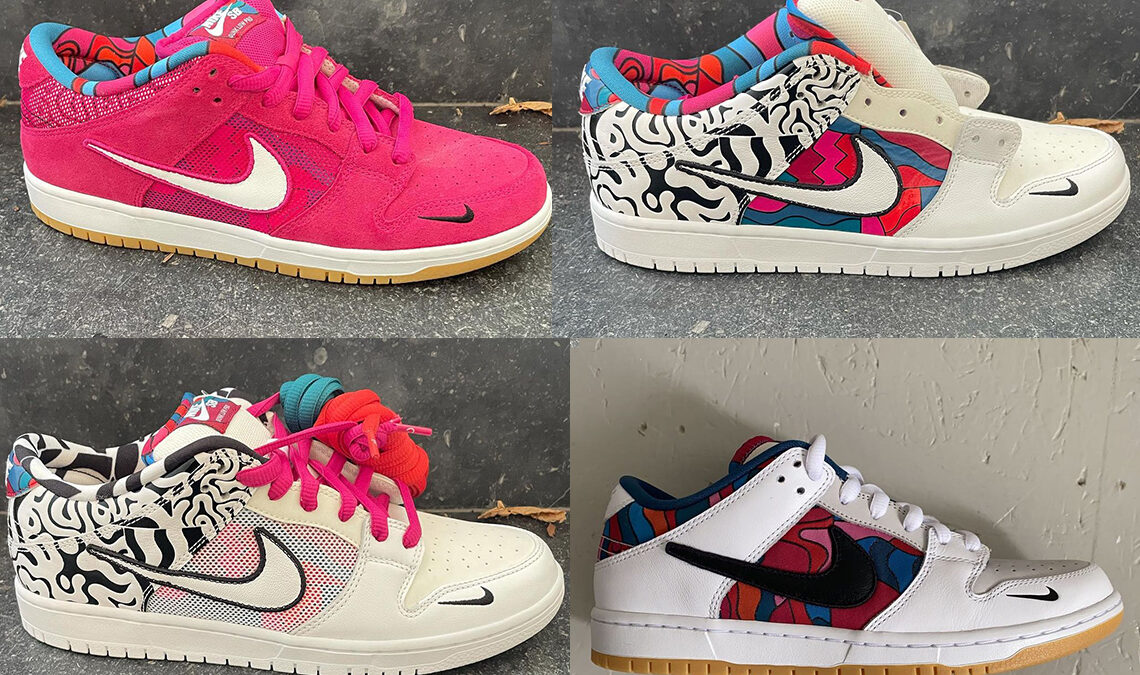 If you have been following Nike SNKRS, then you must have known how Parra approached his Nike SB collaboration. The artist as we all know used the Dunk low as his personal canvas, drew from landscape abstraction along with his own vivid and colorful imagination, which spawned many an unreleased sample. Recently, @wo3i revealed all four pairs with some early concepts. Though each of them is yet to fully see the light of the day.

Talking about its color scheme and also a pair as a whole, each pair has pretty much similar components in different ways. Firstly, you’ll think that Parra has chosen a simple, all pink look having its geometric pattern assigned mainly to the background. Furthermore, Parra starts being more playful and less colorful by adding a white and a black print with some similar-looking neutral overlays to the exterior part of the shoe. After that, all these components inch by inch come together to become what we calling it as the Parra X Nike SB Dunk Lows.