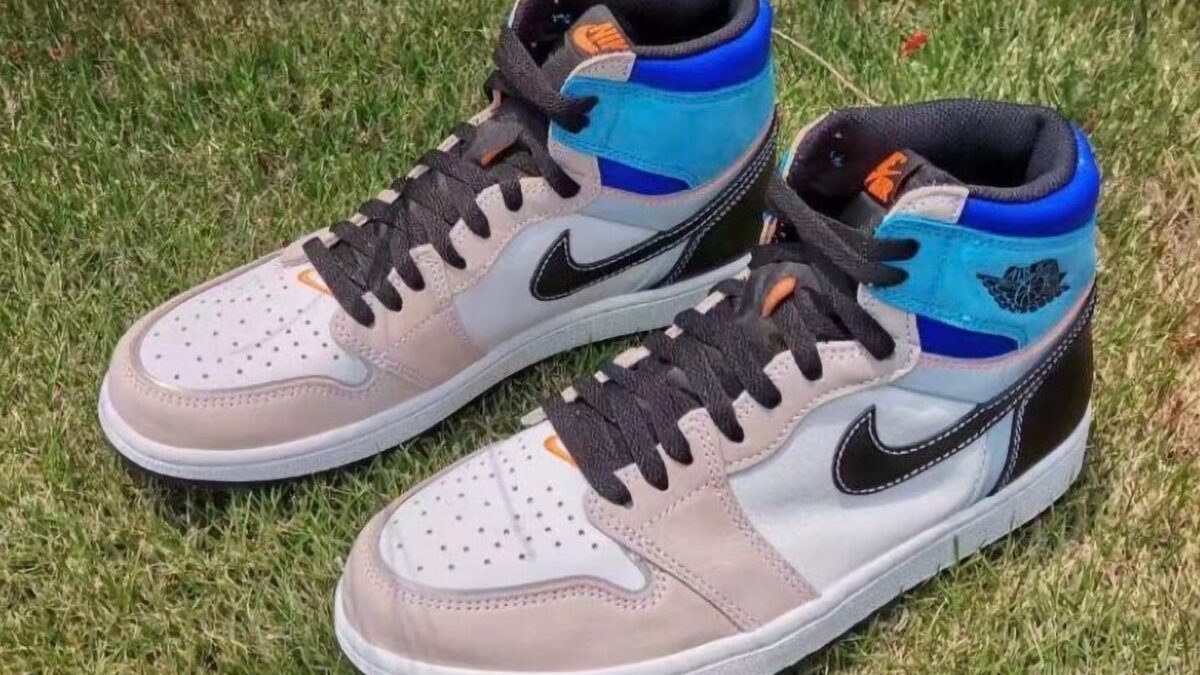 This pair makes the third mix-and-match release to appear on the Air Jordan 1 this year, mimicking the blocking to the previously-reported “Hand Crafted” colorways, this pair arrives a traditional leather construction anchored in a crisp white base. Starting there we witness a variety of unique blocking and accentuations. The Collars are dubbed in bold hyper royal blue, whilst the overlays identify themselves more in University Blue. Heels and Swooshes select a black leather — complete with contrast stitching — and sandwich a select 3M reflective panel. The rear of the quarter panel pops in bone nubuck, while forefoot overlays arrive in a similar material, albeit pastel pink in appearance. There appear total Orange accents at the tongue tags and the added vamp mini Swooshes are softly accompanied by exposed orange foam at the central tongue, before reverting to simple black finished at the liners, laces, and outsoles to complete the design.

Grab the Fresh looks of the Air Jordan 1 High OG “Prototype” that has surfaced all thanks to @leaked.sneaks.The pair is scheduled to release on September 11th, 2021 at a retail price of $170.

Supreme's New Drop Is An Ode To “The Prince Of Prints”

Vetements drops the “Censored”Shorts from the FW20 collection.