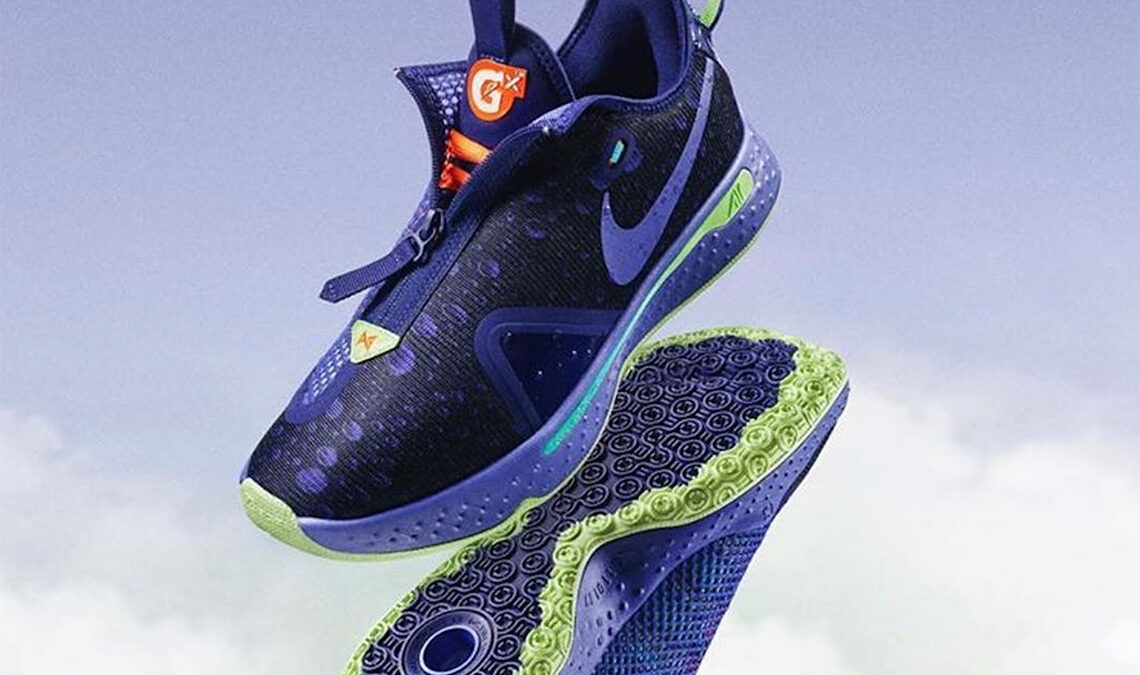 After debuting his fourth signature shoe last night in a close win against the New York Knicks, Paul George is wasting no time in making sure his new footwear gets active about its collaborative efforts.

Tony Hardman, Nike’s designer of all of the Clipper’s superstar’s sneakers, has just unveiled that the Nike PG 4 is partnering up with Gatorade to bring some new flavor to its releases. Thirst quenching flair is adorned upon its entire base layer as a stark black backdrop gets upgraded with what could possibly be graphics of Grape flavored droplets dispersed throughout its upper constructions.

In addition, lime greens line the tapings found on the midsole and outsole, followed by the sports beverage’s logo stamped upon the tongue as a nod to its collaboration.

Stuned as we learn more of its official release info,