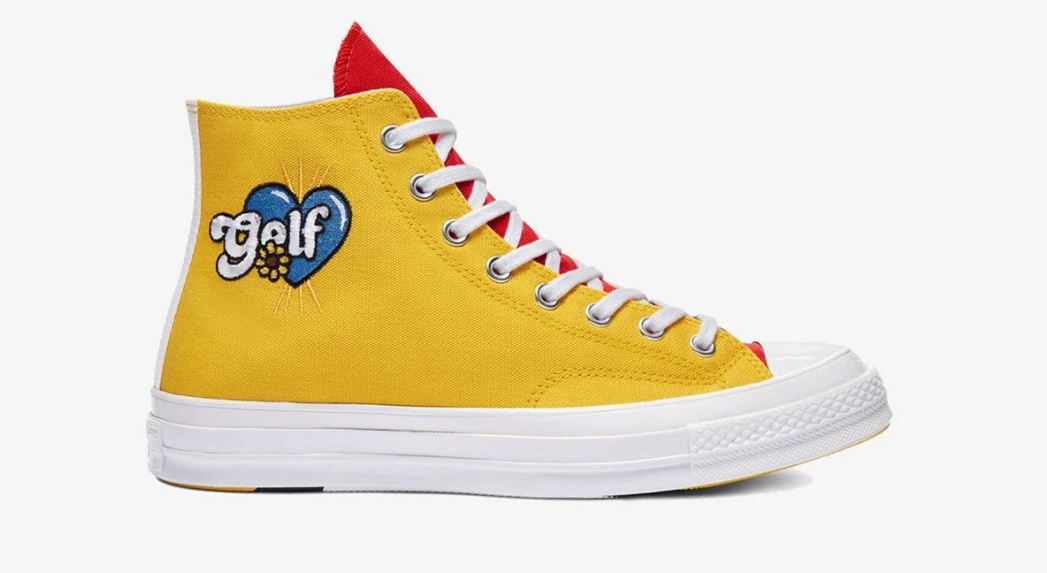 By the ways of both his passion for music and his unique fashion sense, Tyler, the Creator has made himself one of the highest regarded influential personalities in pop culture, many loving fans who want to emulate the singer through his Golf Wang label and its numerous launches with Converse. After a small pause, it looks like said partnership is picking up the pace from where it left, showcasing tri-panel Chuck 70 that rocks all the aesthetic influences of the Flower Boy himself. Logos, though typical minimal, is delivered boldly along with the lateral canvas — the typically blank panel now featuring a dark blue heart, yellow daisy, and a calligraphic “GOLF” type to match. Its backdrop, which utilizes bright yellow in addition to the aforementioned floral, ends along its edge as the tongue, heel tab, and opposite side alternate for hits of red, white, and navy, respectively. Among the differences, Converse’s star patch is still intact just as the heel tab, though the latter does rock a whole achromatic highlight in a match of the midsole and its near-invisible foxing stripe. Take a detailed look at these here and look for a release to hit select retailers and likely Converse.com come September 14th.

Nike set to drop the Air Max 1 “Got ‘Em!”s to celebrate SNKRS Day