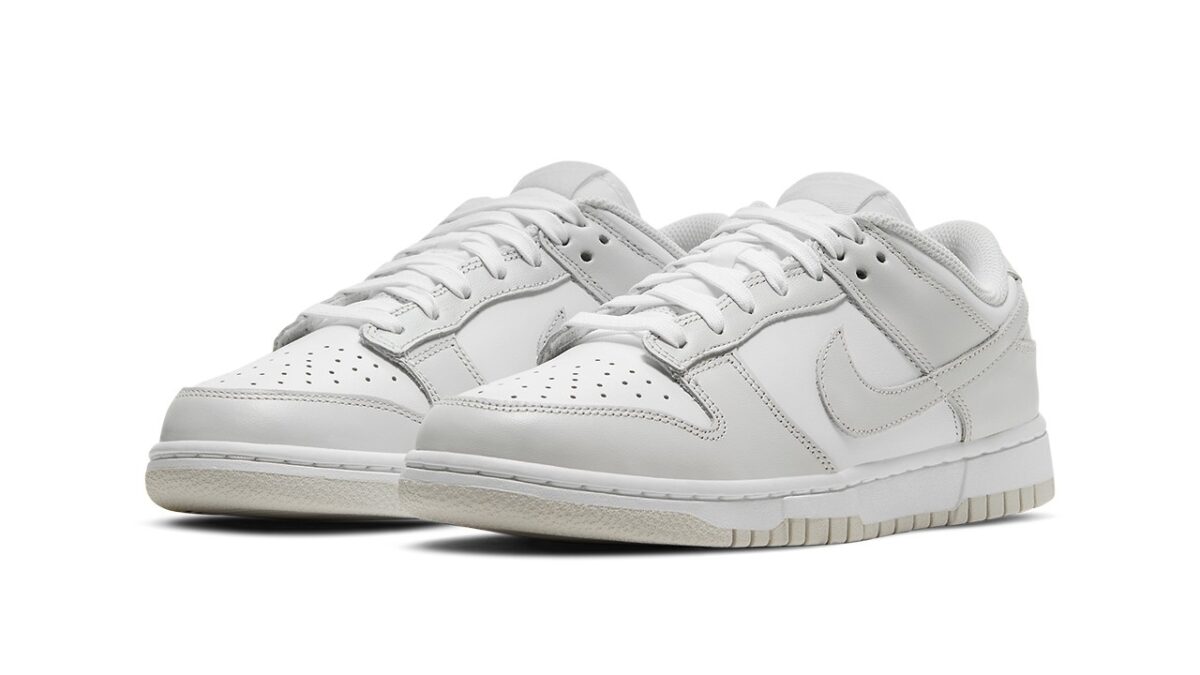 The Dunk is undoubtedly one of the most popular silhouettes of the year, seeing which Nike is capitalizing and preparing a series of colorways perfect for Summers. Post the reveal of the “Green Glow” , the Nike Dunk Low is now being disclosed in a subtle “Photon Dust” colorway as a women’s exclusive along with a few extra sizes.

The upcoming pair is quite reminiscent of the Nike Dunk High “Vast Grey” released during the month of February, the major difference being the low profile. Uppers arrive in leather and intersperse with a duo of tones in shades of nominal and white. Former of which wraps itself around the Swooshes, overlays and heels while the latter is present on the quarters, toe boxes, collars, tongues and the laces. Interior linings along with Nike branding on the tongue are accented with the angelic finish. Down to the bottom, the midsoles arrive in a crisp white tone paired with a “Photon Dust” outer.

Nike Japan is all set to launch the pair on April 15 for the staple $100 USD while no information about a stateside drop has come out yet.

HERON PRESTON and Calvin Klein up for a collaboration

The Adidas Yeezy Boost 380 “Calcite Glow” and “Hylte Glow” are dropping this fall, with GID uppers

Jordan Why Not Zer0.3 gets a new colourway