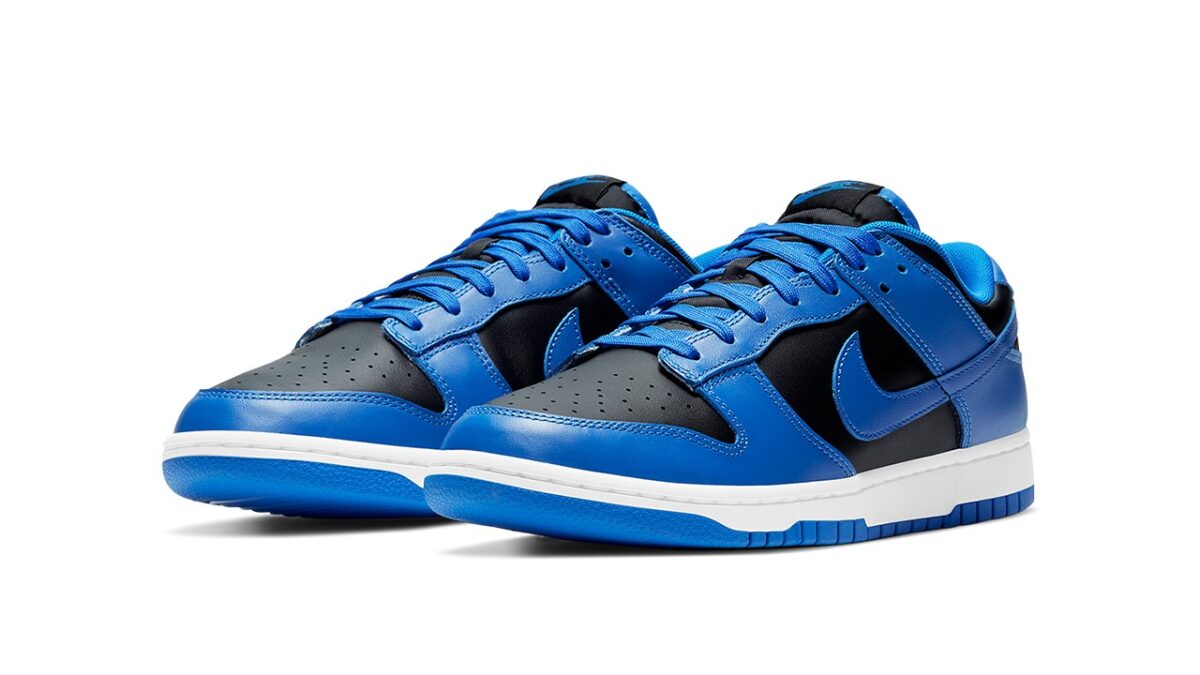 The hype over the Dunks seems to be never ending, so Nike has planned to drop a series of colorways throughout the duration of the year. One of the releases amongst the 2021 release calendar is the Nike Dunk Low “Hyper Cobalt” recently revealed via official images.

The silhouette is now dressed in a classic two toned trait with traditional material choices of leather base layers combined with synthetic tongues. The titular hue presents itself on the overlays dressing the forefoot, heels and throat while the black tone to contrast is present on the toe box, quarters, tongues and collars. Nike branding is spotted on its usual locations which include the tongue and heel, the former with colored lettering while the latter is embroidered with a stealthy exterior. Moving to the bottom, the midsole is presented in classic white and is supported with “Hyper Cobalt” outsole. A hint of orange also makes its presence on the interior on the insole’s branded hit.

Some reports have stated the pair to come out in both men’s and kid sizing come 11th of February but no confirmation from Nike yet.