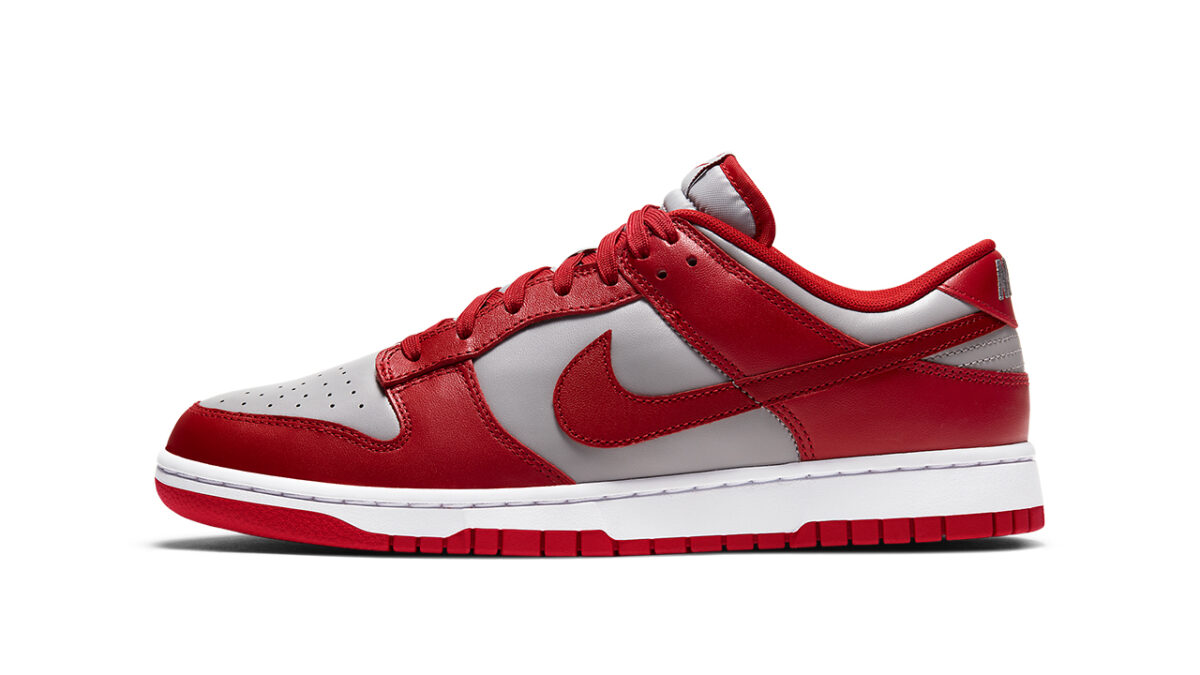 If you are into sneakers, it is quite difficult to ignore at this point, the Nike Dunk, which is locked and loaded to have itself an action-packed 2021, and one of its offerings is the Nike Dunk Low “UNLV”, which will be hitting the market shortly.

This pair was reimagined by Virgil Abloh which is somewhat familiar to the Off-White x Nike collaboration, that dropped back in December 2019. However, this forthcoming iteration serves as a bring-back from the Swoosh’s original “Be True To Your School” Pack that was introduced during the silhouette’s early stages of its lifespan.

“Varsity Red” and “Medium Grey”, Runnin’ Rebel school colors, alternate atop its full leather upper, the former hugging the Swooshes and overlays while the latter pours over the toe boxes, quarter panels, and collars. Nike Sportswear’s additional branding is printed across the tongues while the customary heel “Nike” hits stand out in bright white.

Underneath, the midsole piece is left to a colorless aesthetic, while the outsoles are designed to match that of the aforementioned overlays.

It’s reported that this collegiate offering will be dropping in men’s and grade school sizes come January 14th via Nike SNKRS and select retailers.