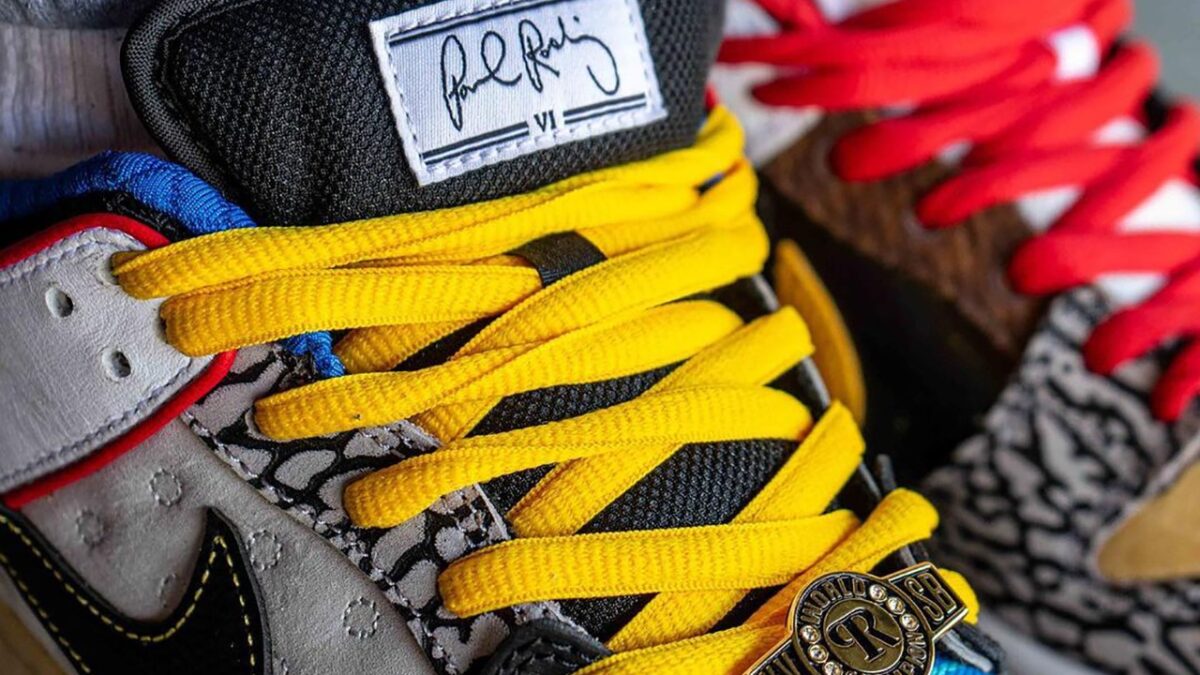 If anyone were to come up with a list of names that made the most impact as partners of Nike then Paul Rodriguez is one such name you could include without any second thoughts. To honor Paul, Nike’s sub-label Nike SB is coming out with a special and wild – Nike SB Dunk Low “What The P-Rod” colorway.

P-Rod and Nike have had many successful collaborations in the past and are responsible for many major SB Dunk projects and signature silhouettes. The upcoming multi-toned variation aims to capture all those memories into a single shoe.

Significant components that hit the eye include the toe box screaming ‘06 P-Rod “Stash”, the elephant eyestays and mudguards are a homage to the 2005 Air Jordan 1 inspired P-Rod “J-Rod” while the other toe-box mimics the aesthetic of the P-Rod 1 “Mexican Blanket”. Quilted linings from the P-Rod 2 position themselves as red on the left side while the alternate gets blue. Lace dubraes and the outsole’s hues are from the recently released Mexican-inspired SB Dunk High that came out towards the end of 2020.

Get images of the pair on foot while you await a release in the upcoming months via select Nike SB retailers like The Berrics Canteen.