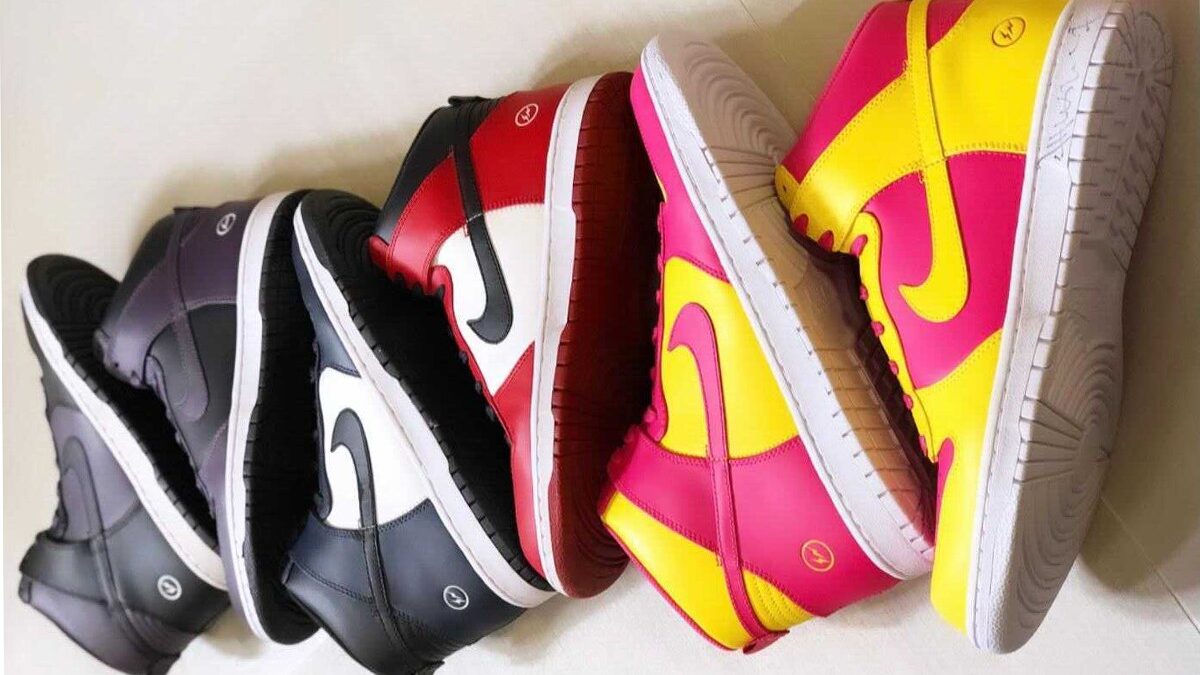 The pack dates back to 2010 where the three colorways were inspired by cities. The distinct two-tone looks released a decade ago express dark, striking and vibrant tones inspired by London, New York and Beijing.

The sneakers are priced at $150 USD, the updates to it will release some time this fall.

*LEAK ALERT*: @Nike & Fragment will teaming up once again later this year to drop a set of Dunk Hi this Fall.
Both colourways will also be dropping in Pre School sizes too.
Which pair will you be looking to cop?
Please RT & Follow For More info.#NoMoreSecrets 🏴 pic.twitter.com/3cukGmDhaW