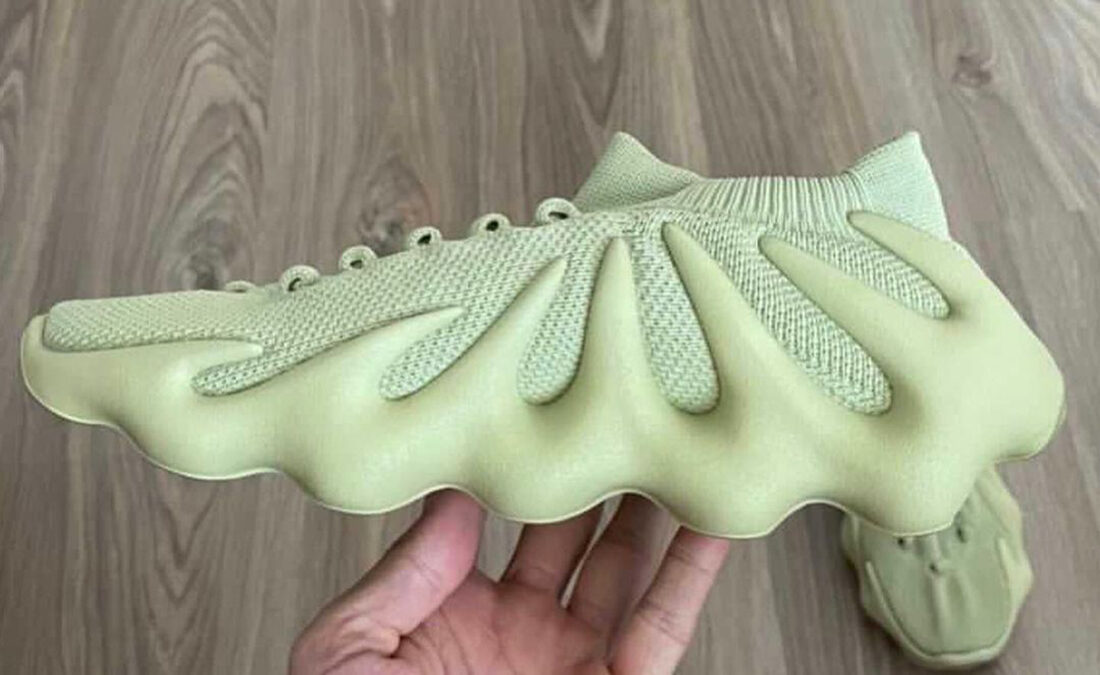 We can all agree that Kanye West has established himself as a global pop culture icon. Moreover, the DONDA rapper has also successfully become an icon in the sneaker culture. And right now, even though he has been putting his fans through a long, long wait for his upcoming highly anticipated DONDA album, the rapper isn’t expected to slow down with his YEEZY releases anytime soon.

With in-hand pictures of the YEEZY 450 “Resin” surfacing for the first time, we can certainly say that Kanye just doesn’t miss. Despite the pair being revealed by @yeezymafia earlier in June this year, this is the first time close-up in hand pictures have been seen. The variation on the pair perfectly goes with the monochromatic motif, as seen with the “Dark Slate” rendition earlier this year. The entire shoe is dressed in a “Resin” shade, starting from the knitted uppers to the laces. Even the sole units are adorned in the base hue. The Three Stripes logo is seen atop the tip of the shoe, with the treading designed in wavy grooves. All of these remain in the “Resin” hue, plastered all over the pair, maintaining the essence of the YEEZY look.

This pair, designed meticulously by the DONDA rapper and Three Stripes, expects a December release, with retail set at $200 USD.