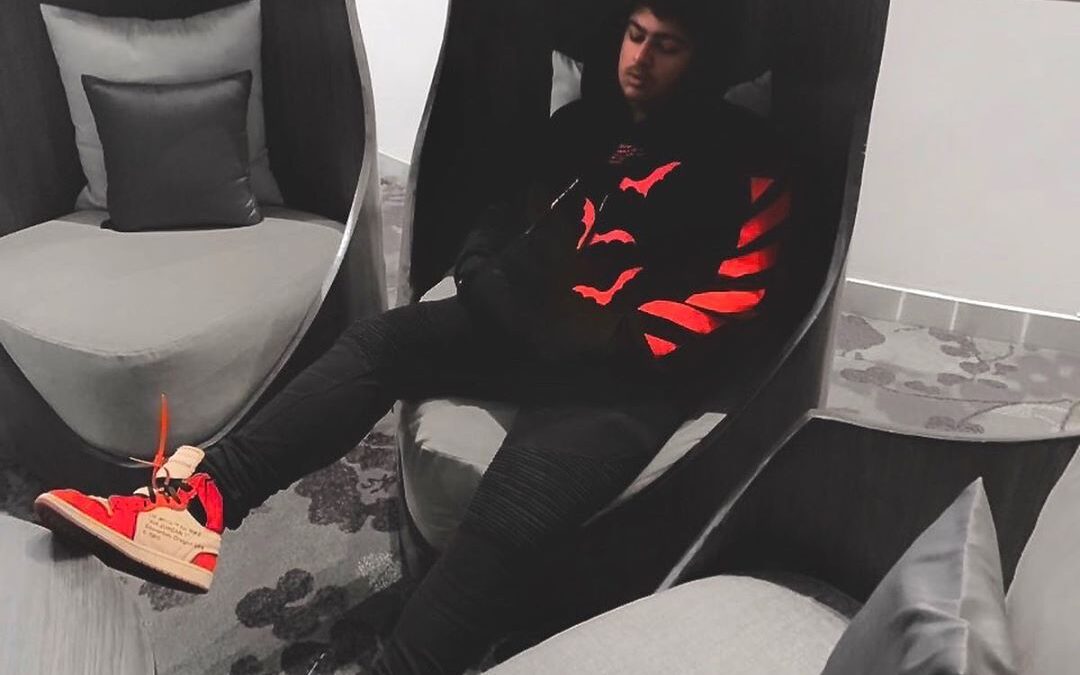 We all know how big a market it has become for sneaker counterfeits. And specially when it comes to sneakers with hype, the ones which tend to raise their resale values upto 5 times in comparison to there retails.

Fake sneakers enter the game. And they are manufactured in such a great way that even the biggest sneakerheads fell for it only because the difference it not really visible to the naked eyes, or maybe i should say the inexperienced eyes.

So, since the time that sneakers became an investment and added value to your pockets. Sneaker authentication became a legit job and the only KRA of this job is to find whats legit and maybe for there personal fun Bust the fakes off social media.

Not a lot authenticators still officially we have and in India specially, its just one we who is doing it at a massive level off his instagram account

A super crazy 17 year old sneakerhead and a design aspirant , who got into this job and educated himself in this space only because of one reason. Spending such big loads would make sense only if the pair he buys is legit.

It is as important as buying Gold for most of us.

So starting off for personal cops and just to be clear as to what he is copping is legit or not, slowly moving on to learn everything about this industry and becoming the first ever Sneaker Authenticator of India Officially (i would say) and the only till date that we know of.

From tongue to logos , the smallest details of any sneaker to the extend of going under the insole, he authenticates each and every pair super minutely and delivers his reviews with his full assurance over the pair.

He has officially over his instagram busted a lot of celebrities for wearing fakes and online marketplaces for selling them in the name of legit pairs. And has authenticated a lot of pairs for major sneakerheads in India.

The era in which we are entering for sneaker resales and the hype associated with different pairs we definitely believe that this is one thing that we all as sneakerheads should do. Get our pairs Legit Checked specially when we are copping them off some resellers and not the trusted stores.

So whenever you plan next, on copping something which has a big value attached to it, hit our guy MR FILTHY if you are from India and get your pair authenticated. Its not super expensive but for sure worth every penny of yours since anyways you will be shelling out loads to cop the one hyped pair that you are craving for and could not get your hands at retail.

So what all are you guys waiting for, hit him up, follow him for some crazy knowledge about legit checks and be a part of the legit gang.

Most importantly as a culture, everyone who is a part of this community and share the same love for sneakers, none of us want you guys to be conned and end up buying kockoffs in the name of legit kicks.

In The End All That We Would Say Is