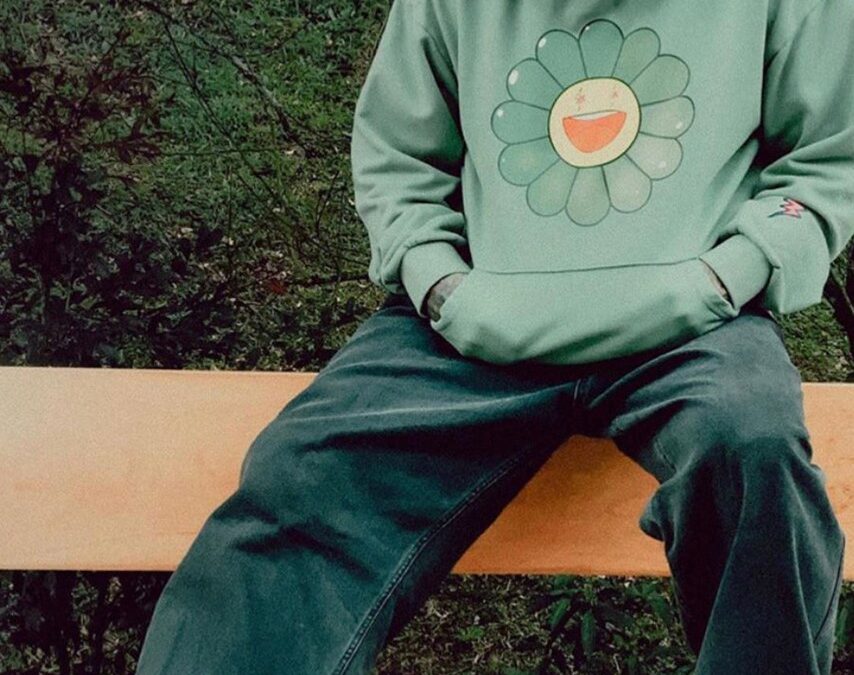 After giving out a handful of collaborative labels, J Balvin and Takashi Murakami are summing up their merch series with a bunch of goods paying tribute to standout tracks from Balvin’s last record, Colores. Seen in a series of latest music videos, “Azul,” “Rosa,” “Negro” and “Verde” have had a significant effect on the latest drop, which consists of a design indebted to Murakami’s ‘Mr. DOB’ character.

T-shirts, pullovers, and hoodies are made in bright hues that coincide with the song titles and showcase a touch of Murakami’s signature designs: smiling flowers are the most infamous symbol, but ‘Mr. DOB’ is also seen for the first time in the merchandise line in a multi-color variant that complements a rainbow-tinged hoodie. He can also be noticed next to a balloon rocking Balvin’s lightning bolt motif, which replaces the eyes of each figure in the series. Everywhere else a flower figure dances next to the vibrant names of each song title.