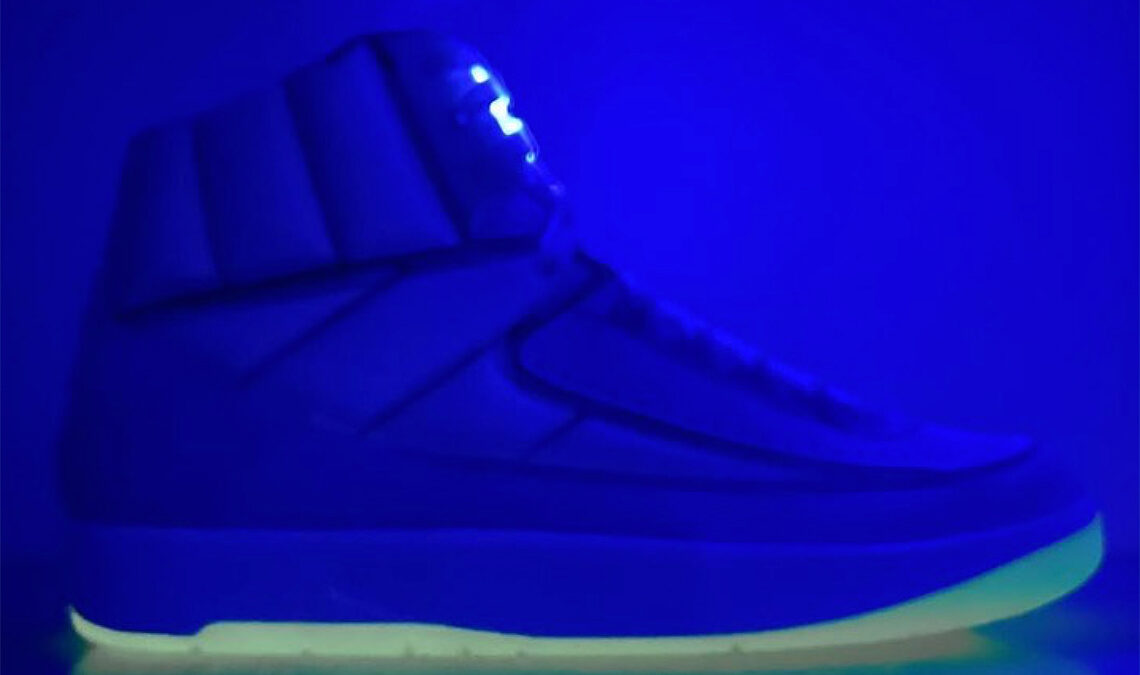 Jordan Brand is putting a big emphasis on the Air Jordan 2. Four collaborative colorways from Union and OFF-WHITE should have made that clear, but if it didn’t, then this might: The J Balvin x Air Jordan 2.

After releasing his first-ever Jordan collaboration, a colorful and divisive Air Jordan 1, approximately a year ago, the Colombian rapper teases a sequel. In the first glimpse of the collaboration, glowing finishes will be applied to the outsole and tongue Wings logos, along with heavily-defined lines and padded uppers. Even though it is difficult to determine the exact hues of the panels, there does not appear to be much color contrast between them.

In light of this week’s release of the OFF-WHITE collection and Union’s two-piece holiday pack, the J Balvin x Air Jordan 2 release may be scheduled to coincide with his new tour in April 2022.