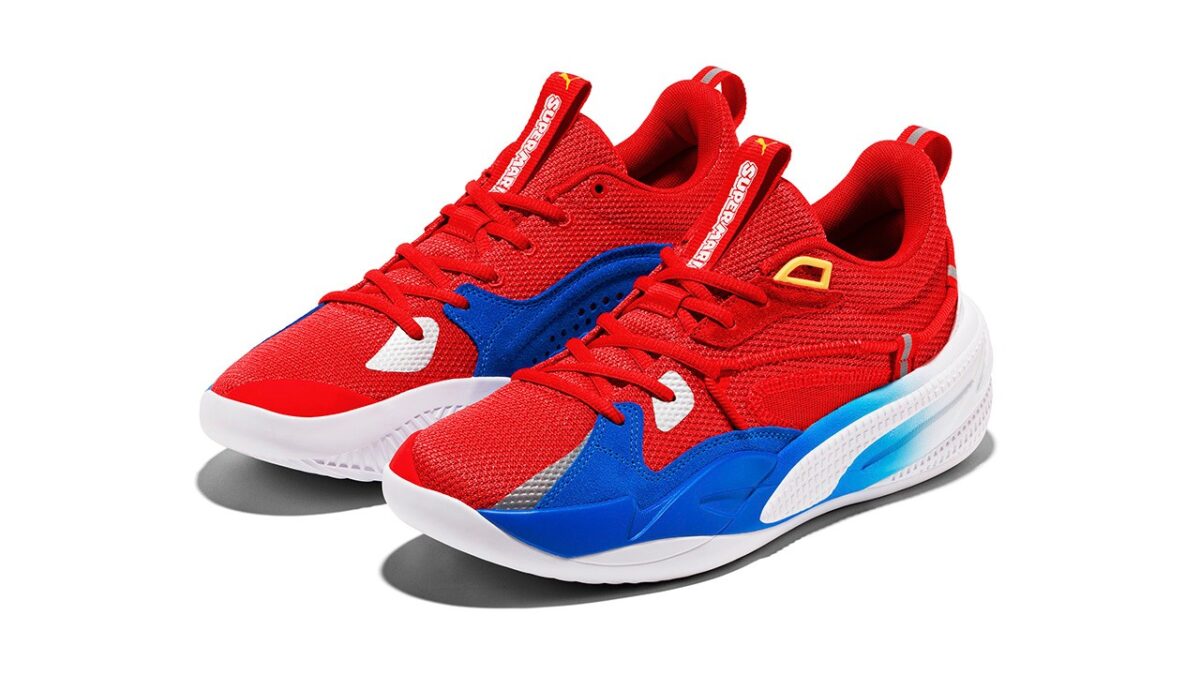 A pair of limited edition Nintendo Super Mario Bros PUMA sneakers were seen listed over at Foot Locker Australia by mistake. The instantly removed product is deemed to be a special edition pair of the J. Cole classic, the RS-Dreamer.

What alters these kicks from its lineage is that it is also a collaboration between Nintendo for the celebration of Super Mario Bros.’ 35th anniversary. From the rumored images, one can observe that the most prominent color scheme adopts the same hue that we’ve seen on Mario’s uniform throughout the franchise’s years. While the major chunk of the 5/8 cut uppers are in red, the colors yellow, gradient blue, and white make their way onto the ProFoam midsole and front lace support. Mario logos arrive in the form of a Super Mario Bros label at the tongue, a Mario Super Star graphic at the heel, and insoles depicting scenes from the game.

Although the release date is to be announced , it can be expected this pair will drop closer to the Super Mario Bros. anniversary on September 13 with a price tag of $125 USD.