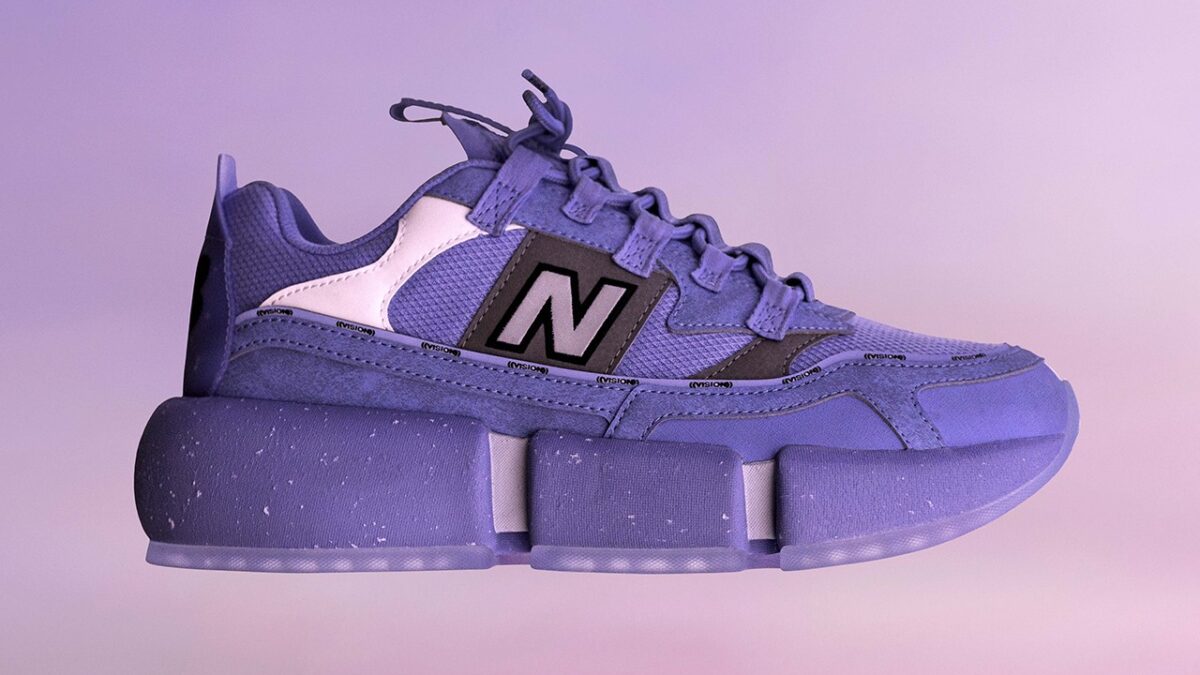 As we all know, Jaden Smith is different. What sets him apart from his family is not just his fashion sense but there is a lot more to consider too!
While his family was busy making “entanglement” the most popular buzz work for the summer of 2020, Jaden Smith is continuing in his own path. This just led to an introduction of a all new silhouette and his first signature shoe with New balance; The Vision Racer. The design of shoe has been highly inspired from 1700 and X-Racer silhouette from New Balance and completed with a touch of Jaden’s flair for the dramatic.
Arriving in a “ Wavy Baby Blue” colorway, the first thing that you will notice in this shoe is the exaggerated proportion of it’s midsole, which is split into three rectangular blocks. The upper of the shoe is made up of Suede and Mesh. The most notable part is the outsole under the shoe which features a (VISION) embellishment in pink taken from the fonts used in his music album. Use of reflective material can also be seen on the upper and a traditional New Balance “N” logo is seen on the Side panel and on the outsole too.
The specialty of this particular shoe is not just in it’s appearance but also in the material used. Most of them re recycled, vegan and environment friendly.
Releasing on 14th July on the New balance Web store, this shoe will retail for $150.
Stay tuned to know more!