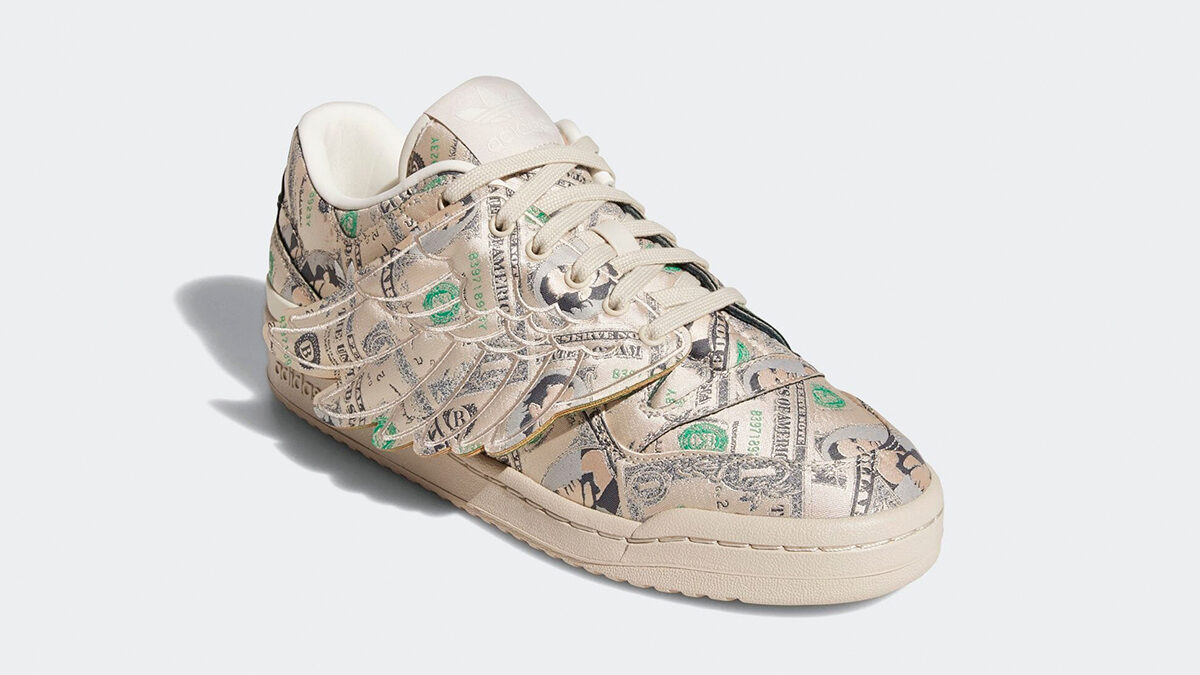 Though we still are deprived of a piece of Jeremy Scott’s first adidas collection in over a half-decade, predictions of the innovative king’s kicks are mounting. Discovering a spot in between high fashion and unconventional streetwear in the early 2000s, Scott took footwear collabs into a different and innovative place by offering collections like the cowboy boot-sneaker hybrids, and world-recognized winged designs. This latter theme is all set to return to retailers in 2021 as Scott gives us a homage-packed release to restart his alliance – the Jeremy Scott x Adidas Forum Wings 1.0 “Money”.

Scott, who currently acts as the creative director for Moschino alongside running his namesake label, invented the brand back in the year 2003 when 100 Forum Sneakers with money-printed designs were made for his fashion show in Los Angeles. After 10 years, Scott honored the anniversary by releasing a special edition of Forum High Wings 2.0 which also featured the cash prints on them. After 8 years Scott again readdresses the theme by dropping High cut and Low-cut Forums which featured forward-facing Wings on both of them. Though there were slight changes in the Wings, most of it stays the same from the 2013 release featuring light beige leather uppers with a collage of cash (with Scott’s face on it), a tonal set of beige laces and sole units, and deep green detailing on the lateral side, tongue trefoils, rear clips, leather liners and on the medial three-stripe overlaying. Jeremy’s John Hancock comes at the medial ankle whereas co-branding insoles complete the design.

Grab a look at the pair below while you await its release in the coming months.