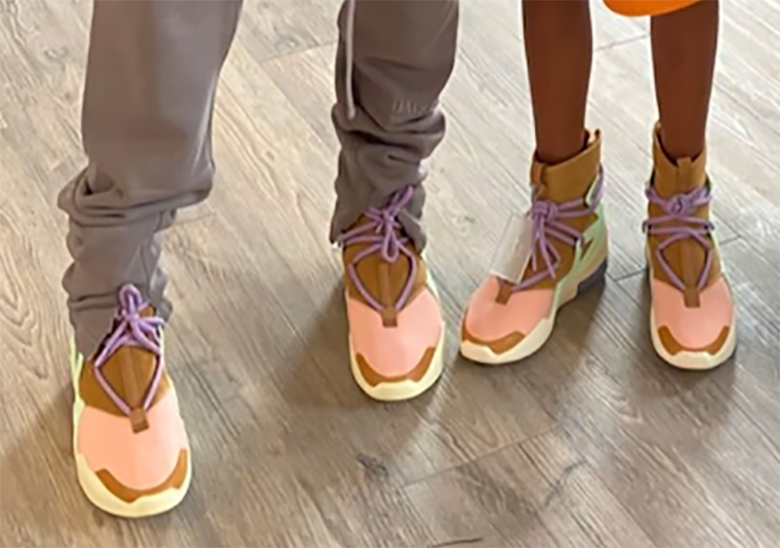 There is not even a single question that Jerry Lorenzo is innovatively locked in right now as he is on the verge of revealing his seventh iteration for Fear of God on August 17th, showcasing  more apparel items under his ESSENTIALS sub-label, creating special Player Edition’s for PJ Tucker, and even planning on a new footwear alliance with Converse.

Keeping things steady along on the footwear front, the streetwear designer is now revisiting his projects with Nike, more specifically for the ever-popular Air Fear of God 1. This time around though, he’s got eyes on his own son Jerry Lorenzo III, who is  involved with the design process giving him a green flag to put his own personification on the silhouette.

Teased today via Lorenzo’s Instagram story, the iteration is easily the most colorful presentation to-date, rocking Easter-friendly pastel finishes of coral toe boxes, lavender laces, and minty green caging. Also, the throat and high-profile bootie are dyed to a workwear-like brown which evoke memories of the Nike Air Yeezy 1“Net”. As of now, it’s not certain as to whether or not these silhouettes will see a public delivery.