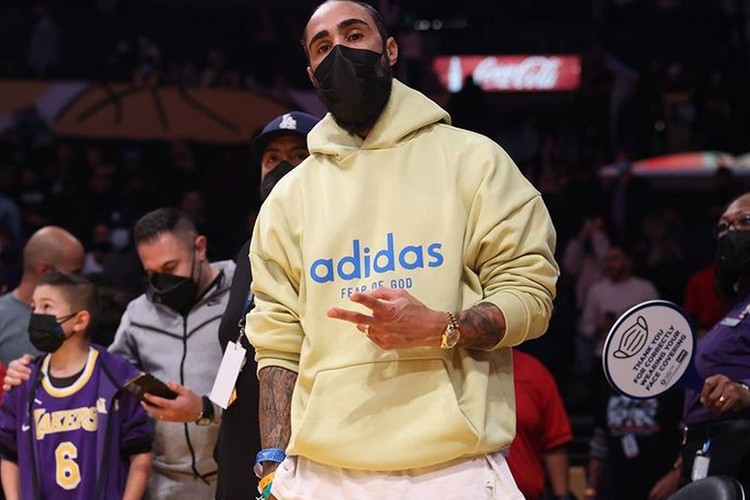 A year ago, Fear of God and adidas had declared their long-term partnership centered around two main pillars. FoG founder, Jerry Lorenzo is likely to head up adidas Basketball’s global creative and business strategy on top of the creation of the Fear of God Athletics sub-label.

The collection was teased long ago to be centered around performance basketball and activewear products, inspired by Lorenzo’s street-meets-sport design ethos. Lorenzo lately revealed a pale yellow hoodie with adidas and Fear of God branding on the front in sky blue as he was spotted in a Los Angeles Lakers front row game. The designer through his Instagram posted his full-fit, teasing fans of what is to come for his collection.

The following partnership will mark the end of Lorenzo’s time working with Nike, a relationship he has been indulged since 2018 where he was primarily recognized for his footwear silhouettes including Air Fear of God 1. The adidas x Fear of God collection is expected to combine the cozy staples of his FoG mainline modernized for sportswear and the present-day athlete.

No official release date for the collection has been declared yet.