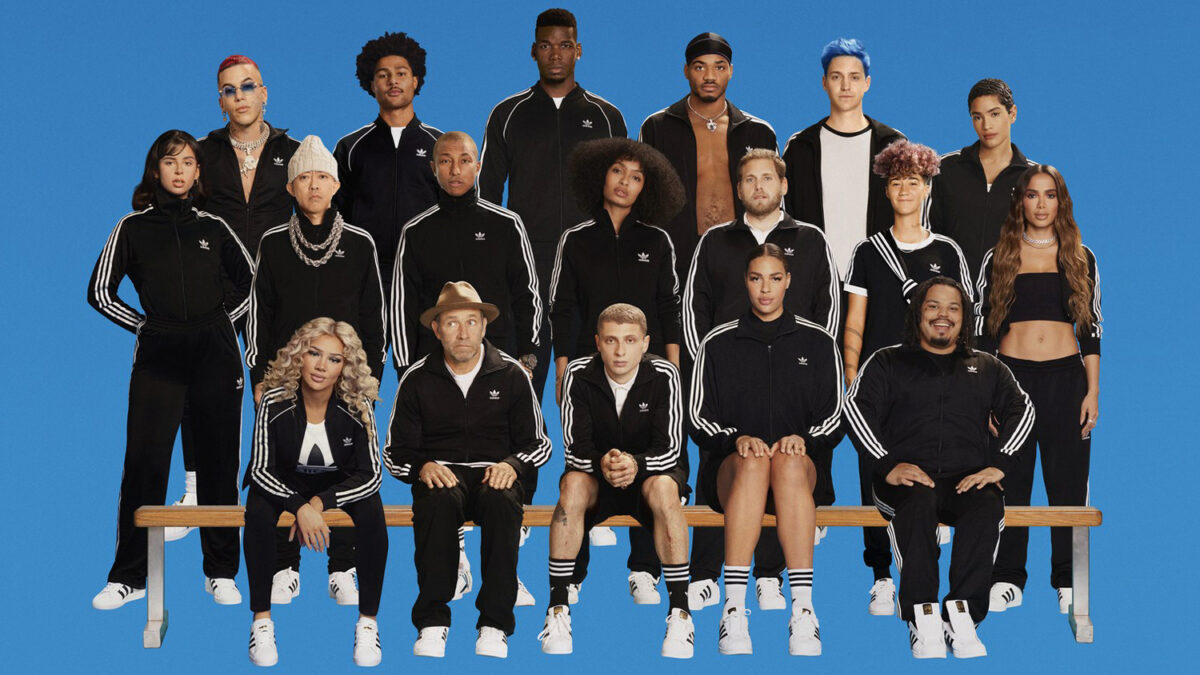 Adidas Originals has unveiled its “Change is a Team Sport” campaign, which celebrates the Superstar’s 50th anniversary and features some of the Three Stripes’ most marketable collaborators, athletes, and ambassadors.

The campaign was directed by none other than adidas’ newest collaborator, Jonah Hill, who officially announced the long-rumored partnership earlier this month. The star of the short clip is 23-year old skateboarder Jenn Soto, who is seen running and skating through a school-like environment where everyone — including the likes of Pharrell Williams, Paul Pogba, Kerwin Frost, Nigo, and Blondey — is wearing adidas Superstars and matching adidas tracksuits.

Jonah Hill’s voice is heard over the school loudspeaker, letting everyone know that it takes teamwork to make a change and that together, they can achieve anything.

This is the first official result of adidas and Jonah Hill’s partnership, which is rumored to include several co-branded sneakers. Watch the clip above and make sure to stay tuned for any Jonah Hill x adidas announcements.

The Off-White Nike Zoom NEXT% appears in third “Sail” colourway

UNIQLO teams up with ‘Weekly Young Jump’ to create an all new T-shirt collection.