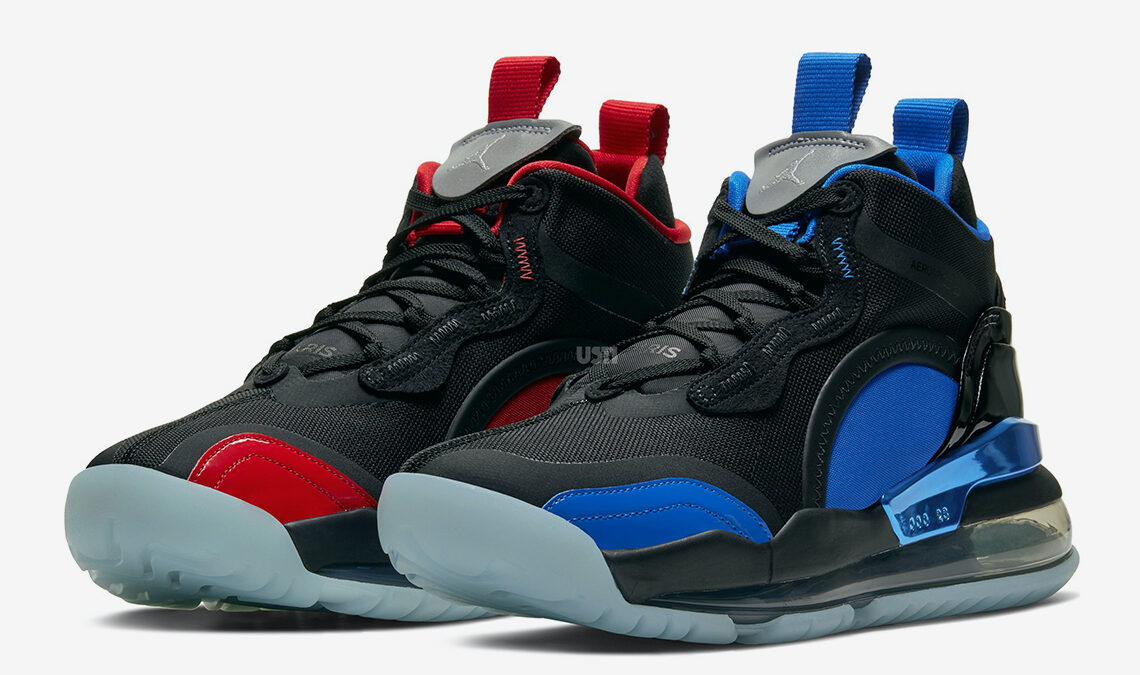 While fellow Paris notable Pigalle took the makeshift runways of Jordan Brand’s past fashion show, PSG was likely prepping their next signature silhouette, choosing the model, the colors, and theme to then finally end up with this striking and asymmetric Aerospace 720. Unlike their prior Jordan releases, this cushioned take opts for a heartfelt homage to France as the construction alternates with red and blue accents.

With the left foot primarily done cool and the right turned up much warmer, the shared constructions, though less impactful, balance by affixing black synthetic to much of the upper and darkened grey as well as a sole unit of complementing walls and an icy tread Eye stays embellish with stitching of their respective palette, with the overlays along the lateral, linings, pull tabs, and metallic back plate filled in much more vibrantly. Grab a detailed look at the next up from Paris Saint Germain here and expect its Nike.com release on January 23rd in likely alignment with the NBA game in Paris.