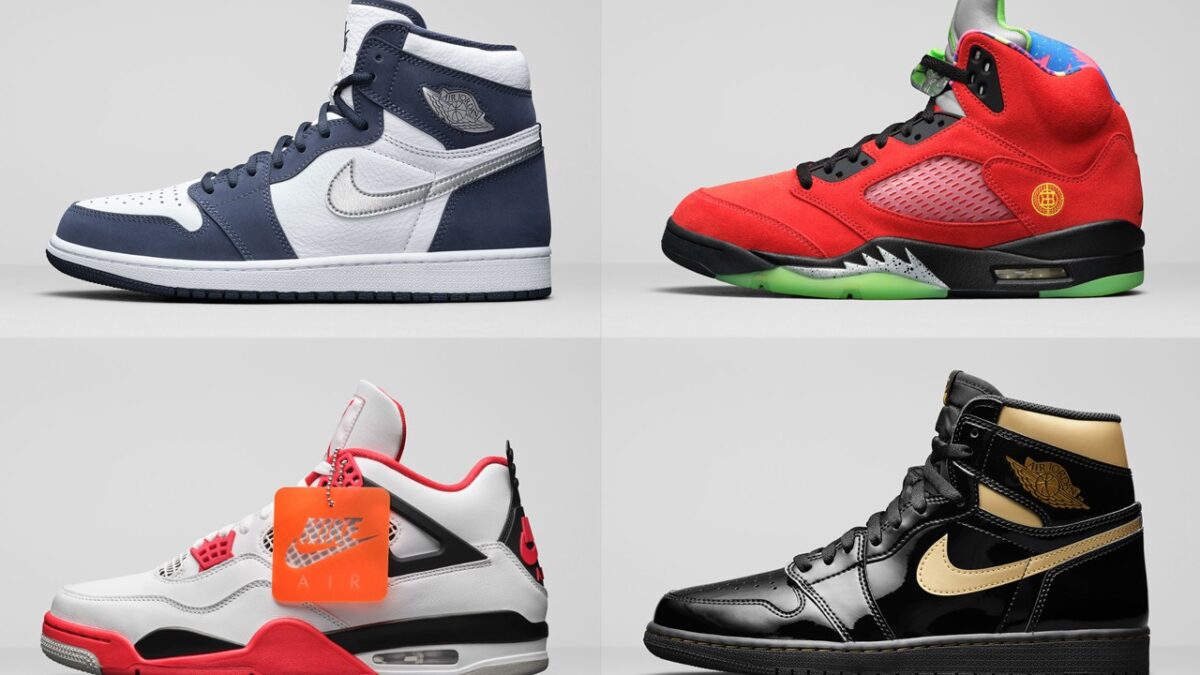 Jordan brand has exclusively showcased its entire holiday 2020 retro collection. The Jumpman collection consists of all the embraced pieces and colourways by Jordan.

Having a look at first silhouette of the four sneakers catalog, CO, JP “Midnight Navy” first released in 2001 as part of Japan-exclusive “Japan Addition” AJ1 set, followed by “Dark Mocha”, a merge of various colours picked up by OG “Black Toe” and its shade palette from Travis Scott popular Air Jordan 1 collab. The final AJ1 is a women’s white and green style inspired by Michael Jordan‘s 63 point game against the boston Celtics in 1986 NBA playoffs.

The only AJ 3 lined up to arrive this year features black with classic elephant print plus purple and orange overlays. These will only available outside of North America.

The Air Jordan “Fire Red” being the most awaited pair in the collection. The third relaunch of this OG silhouette, the design on this pair dates back to 1989 style. An AJ 4 is present as well, paying tribute to the ancient method of Japanese weaving technique with a mix of pattern-equipped canvas and twill textures and the cut on this pair somewhat true to the OG colourway.

This above pair throws some strong vibes from Air Jordan 4 “Toro” and Air Jordan “Raging Bull”. Conglomeration of many different pieces like non OG Air Jordan 5 kicks like Tokyo, Raging Bull, Green Bean, Army Olive, Quai 54, Bel Air, Laser and Shangai, the “What The” stepping down with bountiful memory trail for any Air Jordan 5 devotee.

Lastly the collection is squared by women’s Air Jordan 8, the Air Jordan 12s and 13s. The AJ 8 offers premium casual look paired with tongue patches and Burgundy articulation. The OG colour schemes are slated by the duo of Air Jordan 12s. At the end the Air Jordan 13 refurbishes a “Hyper Royal” colour scheme for a sporty yet serious look. The entire pack of Jordan Brand’s Holiday 2020 Retro collection will set out on Nike SNKRS and Jumpman stockists like Footlocker. These will be retailing from $170-$225 USD.

ADK's "FRIENDS" at Home : The Capsule Collection You Can't Miss