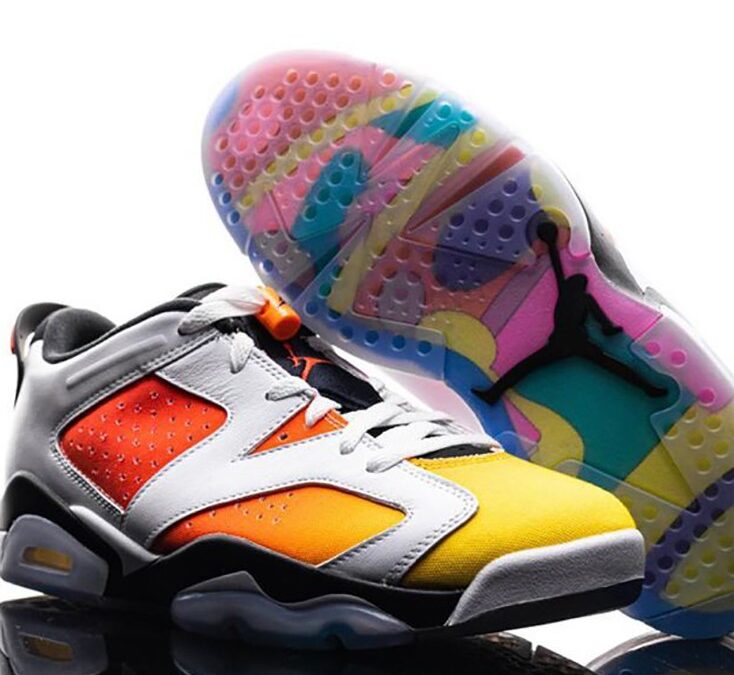 Though not as globally recognized as soccer, basketball is still quite a celebrated sport in various areas of the globe, especially when it comes to the sport’s streetball culture. The entire collection curated by Jordan Brand for Paris’ Quai 54 festivities, is now followed by manufacturing a footwear collection as a tribute to the city’s Sunset Dongdan streetball tournament and to pay their respects to Beijing. The collection involves an Air Jordan 35 Low, Hydro Slides, and an Air Jordan 6 Low, the latter of which has just surfaced via early imagery.

The sunset afterglow of Dongdan Stadium, the venue of the aforementioned event served as an inspiration for these kicks. The underlays embody the aesthetic of the sky’s afternoon transition and arrive with stark white overlays. Stark black accents also get brought in, to cover the tongues, heel counters, and midsole molds. The heels carry the traditional Jordan branding that has been swapped out for the Sunset Dongdan insignia. In addition to that, the outsoles feature multi-colored reflexology-inspired patterns and arrive packaged in a translucent case.

As per the early reports, these are expected to drop on August 29 in China priced at $190 USD.