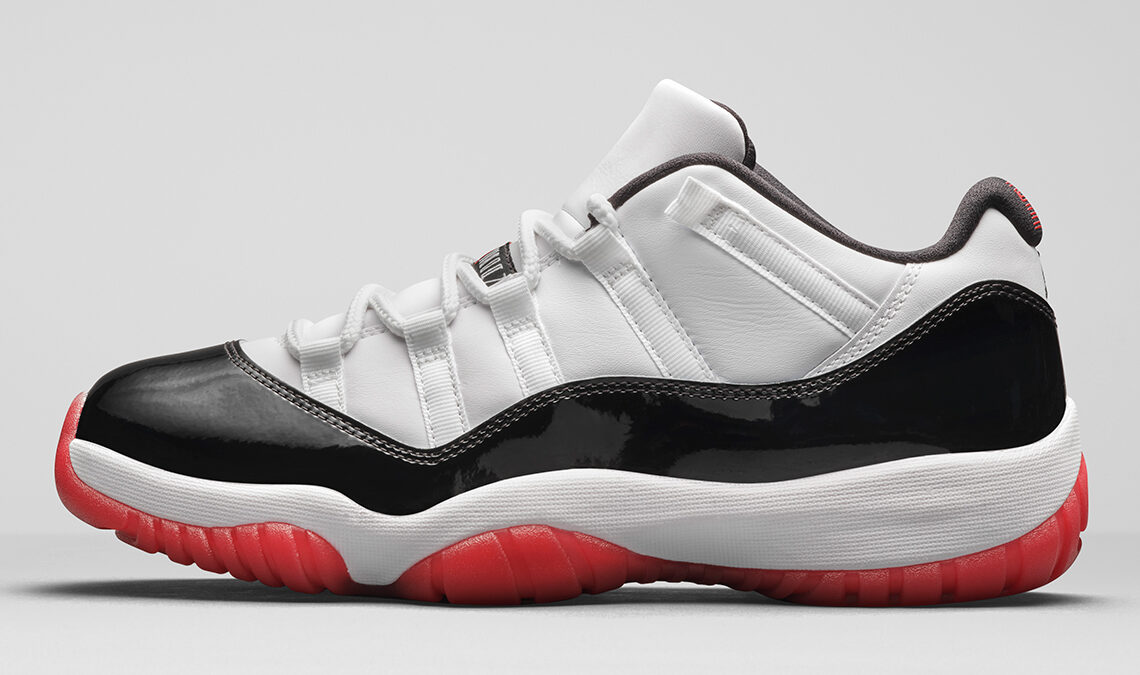 Michael Jordan’s favorite silhouette from the days when he balled and dominated the game was the AJ XI Concords. This reason is enough for a sneaker freak to cop an AJ XI .

Jordan brand is finally going to release the much anticipated AJ XI Low after many delays. Air Jordan 11 Low rumours started to float during March but did not release then. Later April was scheduled for the release but nothing came again from the brand. Now after much rumours of the suede covered upper instead of usual patent leather in White/University Red-Black-True Red” AJ XI is around the corner.

The shoe is blend of iconic “Concord” and “Bred” colorway with translucent outsole. The shoe is expected to release on June 20 for retail price of $185.

and to know more about the diamond colorway of air force 1 shadows: click here.

Prada and Adidas to debut the Luna Rossa 21 soon