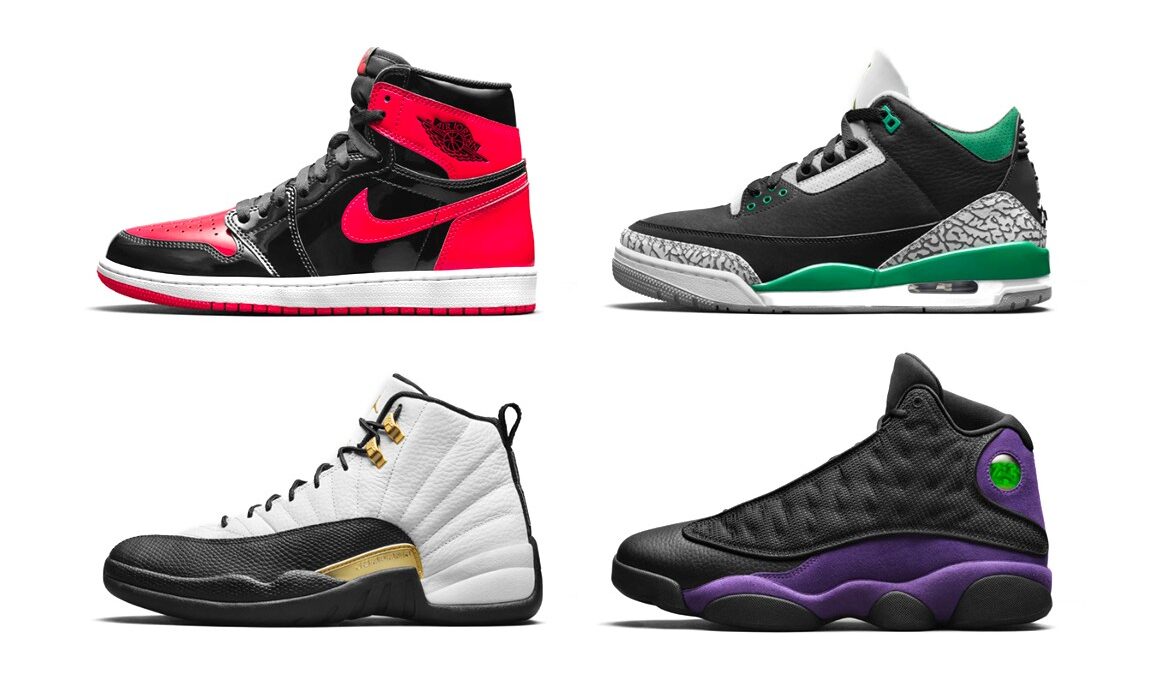 With the holiday season on its way Jordan Brand just unveiled its Holiday 2021 Air Jordan retro collection. Consisting of 13 styles in all, the collection revisits some of Michael Jordan’s most lovable signature models by giving them some modern fashion touches like coating the Air Jordan 1 in patent leather to applying camo to the Air Jordan 3, and many more.

After the Air Jordan 1’s there are two takes on the Air Jordan 3 and two designs for the Air Jordan 5. The Air Jordan 3 “Pine Green” comes with a combination of Oregon Ducks color and classic cement print. And the camo-covered Air Jordan 3 features a rain, leaf, and woodland camo pattern at the top. A material mixes that has everything from the Waxed canvas to twill, ripstop, and herringbone. Both the Air Jordan 5s are of women’s style, with “Jade Horizon” featuring a light jade upper and aged eyestays whilst the other style comes with a bright bluebird tone with icy soles to match.

The collection is said to release on the Nike SNKRS app in October, as there are no official release dates revealed yet.