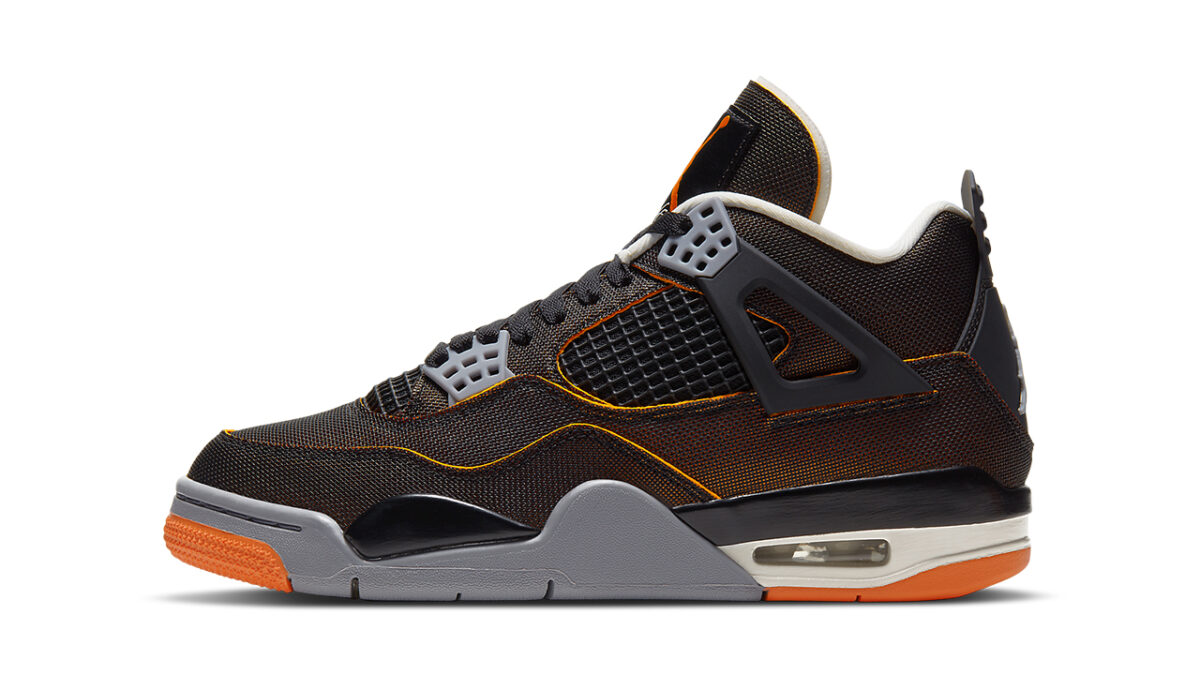 Jordan Brand will be rolling out a sizable amount of new installments, in the forthcoming months. One of the entries involved in its Spring 2021 Retro lineup is the Air Jordan 4 “Starfish” which has just emerge via detailed imagery. This rendition pops up in hot pursuit of Air Jordan 1 High “Hyper Royal”. This particular design is unique because of the way in which its upper contrasts. Fine mesh exteriors of this women’s-focused rendition are predominantly hued in stark black, but also appear layered with orange paneling underneath that gives the kicks a glowing effect depending on which angle you gaze at them. Additionally, the edges of the overlays are slightly exposed, and to add even further vibrance, a “Starfish” trim is provided.

Branded hits are found via Jumpman insignias placed on the tongues and heel counters the former of which is presented in matching orange, while the latter opts for a grey look to match up with the eye stays and midsole’s forefoot. On the interior side of the deconstructed-esque tongues is customary upside down Air Jordan lettering.

Catch a further look at the pair here above, and note that it will be dropping on January 21 for $190 USD via Nike and select stockists.

Light up the Night with the adidas UltraBOOST 5.0 DNA "Glow"

Adidas extends their 2020 “Pride” collection with a Nite Jogger, with rainbow coloured uppers.