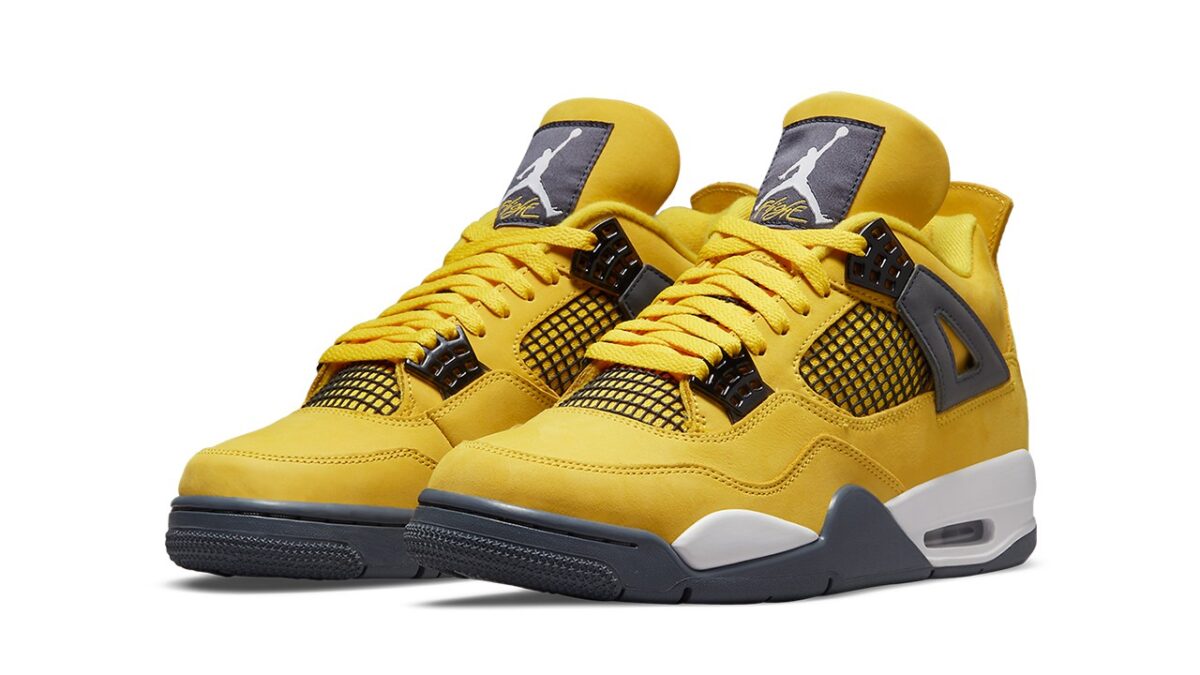 Rumors about a potential release of the Air Jordan 4 “Lightning” can finally be put to rest as the highly awaited colorway has resurfaced via official imagery. The initial pair was released back in 2006 online exclusively paired with a tee.

After a period of nearly 15 years, the silhouette is gearing up to release in its original state. A majority of the uppers rely on the “Tour Yellow” tone to capture the entire nubuck base layer. Supporting the yellow are tones of black and “Dark Blue Grey”, the former of which wraps itself on the eye stays, mid-foot and toebox netting while the latter is satisfied with the “wings”, tongue tabs and the Jumpman logos on the rear. All of which rests on a stark white midsole surrounded by a “Dark Blue Grey” treading. The pair will be arriving in a brand new box featuring a yellow lid atop a grey/black speckled base.

The pair is expected to arrive on the 7th of August in family sizing but Nike SNKRS is yet to confirm the same.

Adidas unveils an all new colorway for the ZX 2K 4D .