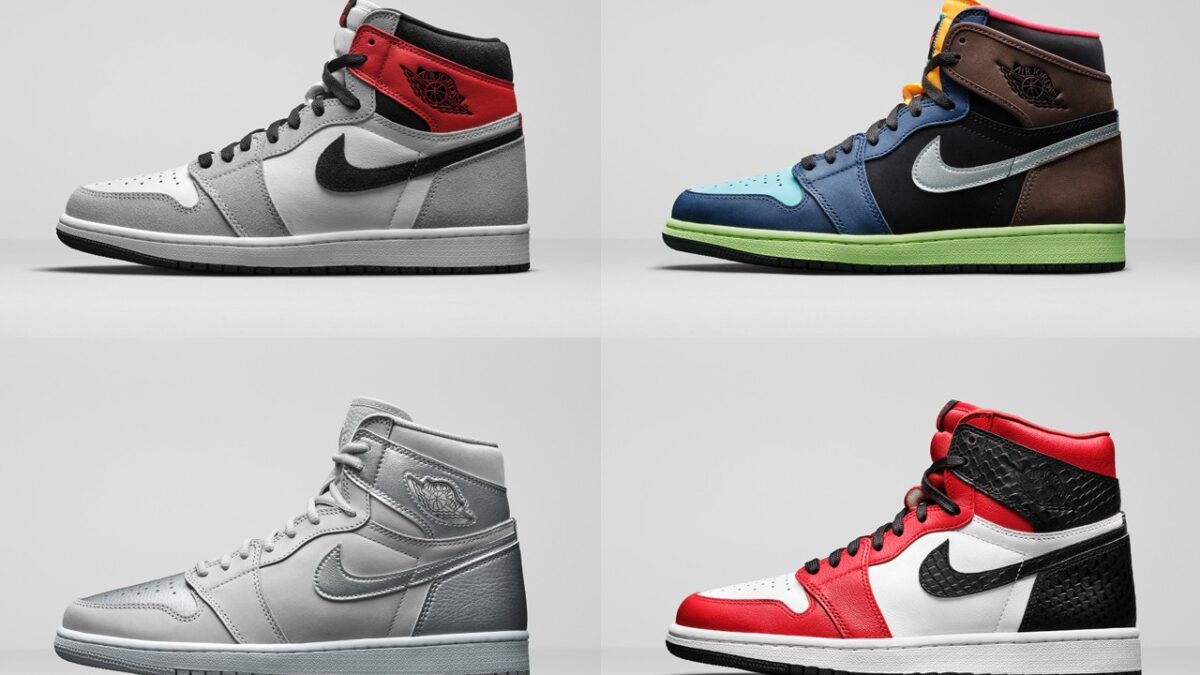 The latest Jordan Fall 2020 Retro collection is revealed and the silhouettes in this collection have mixed looks from the classic and new silhouettes with some PE details too added on some of them. There are many sneakers lined up for a release so mark your calendars to cop these sick pairs.

The highlight pieces from the collection include the “Metallic grey” Jordan 1 which combines both flat and metallic tones to give a striking look to the shoe. The ultra rare CO.JP release that was only available in Japan when it first dropped in 2001, will now be available globally, but Japan editions will be special with special silver suitcase packings.

Next the “Light Smoke grey” Jordan 1 combines the Dior adjacent white and grey palettes with Bred style collar. Stealing the attention is the Air Jordan 1 “Satin Black” , a women exclusive pair, is covered in bred style colorblocking and the stealthy black snakeskin on heel and tongue gives the shoe a premium touch.

To follow this up the Lakers inspired Air Jordan 3 “Laser Orange” takes on a new look to deliver classic team colors. The shoe is very close to Air Jordan 3 “Lakers” which costs around $10,000 in the resale market. Other pair from the lineup is the Air Jordan 3 “Fire Red” which subtly flaunts the clear heel tab for an intersting layered effect.

Next up is the reworked Player Edition silhouette in the Fall collection which matches with rare 2014 Oregon Duck PE but differentiates in the tongue branding. Meanwhile an Air Jordan 6 “Black/Grey” is also featured in the colection to give a raw and an architectural look to the sneaker.

The Air Jordan 13 from the line draws inspiration from ultra rare Ray Allen PE but with toned up hues on the upper to give a unique stand.

Last but not least, the Air Jordan 14 “Racer Blue” brings racetrack-ready style to the silhouette Michael Jordan secured his sixth and final NBA Championship in.

The whole collection is to roll out in the coming months and will be avaialable at Footlocker and on Nike SNKR , beginning with Air Jordan 1 “Light Smoke Grey” on July 11.

So , Jordanheads get ready to roll out some extra bucks in coming months as some pairs from the Fall might not be an easy cop.

Nike gives the Barrage low a series of new yet simple colorways.