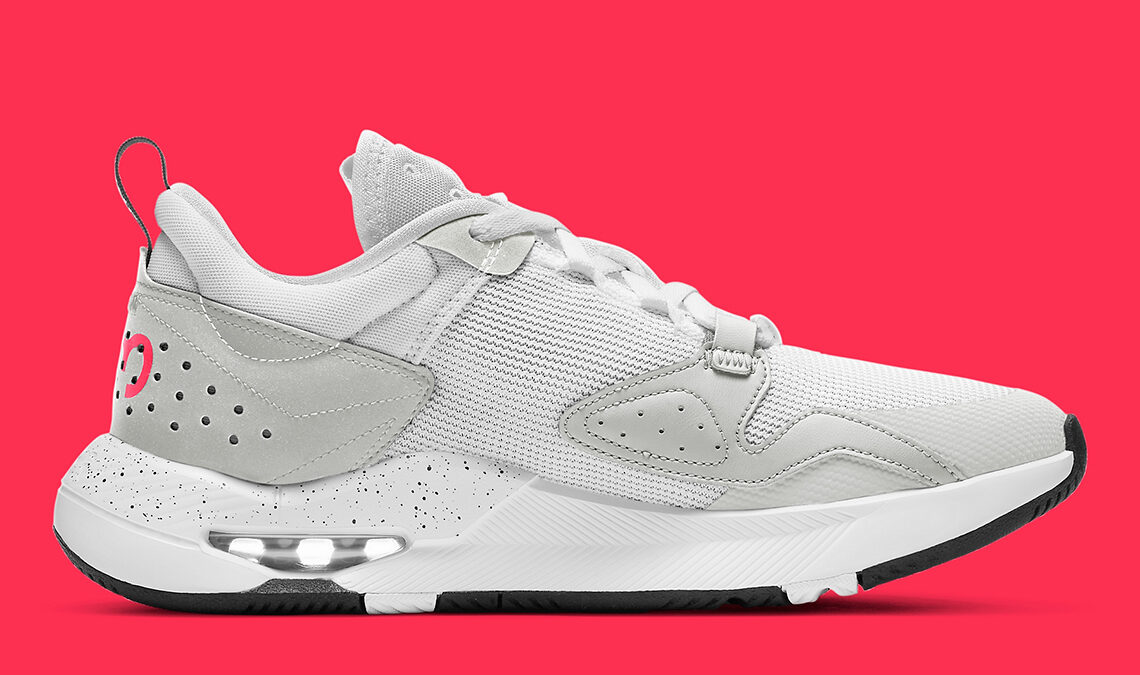 It’s clearly visible from the efforts of the Nike’s Jordan line which is trying to push itself harder in the lifestyle market like it has done with it’s performance basketball and retro sneakers and the Air Cadence might be a result of it.

First spotted on the feet of Hiroshi Fujiwara, the Air Cadence has quickly revealed it’s different colorways and this time the company gives a “Vast Grey” makeover to the shoe. On the upper of the shoe, mesh bases is clad in white, overlays split into leather on the toe and suede on the heel and Raspberry accents have been used on tongue and the heel panel.

Just above the air cushioning on the midsole, Oreo speckled detailing is visible on the middle/rear part of the midsole. Apart from that, the midsole is completely white in color followed by an outsole which is a mix of black and white.

This pair will be dropping in the next few weeks and will be available in Nike.com .

Nike X Sacai drops the "You Can't Stop Us" Clothing

Off-White™ drops the SS 21 What Stars Are You Under?” Collection