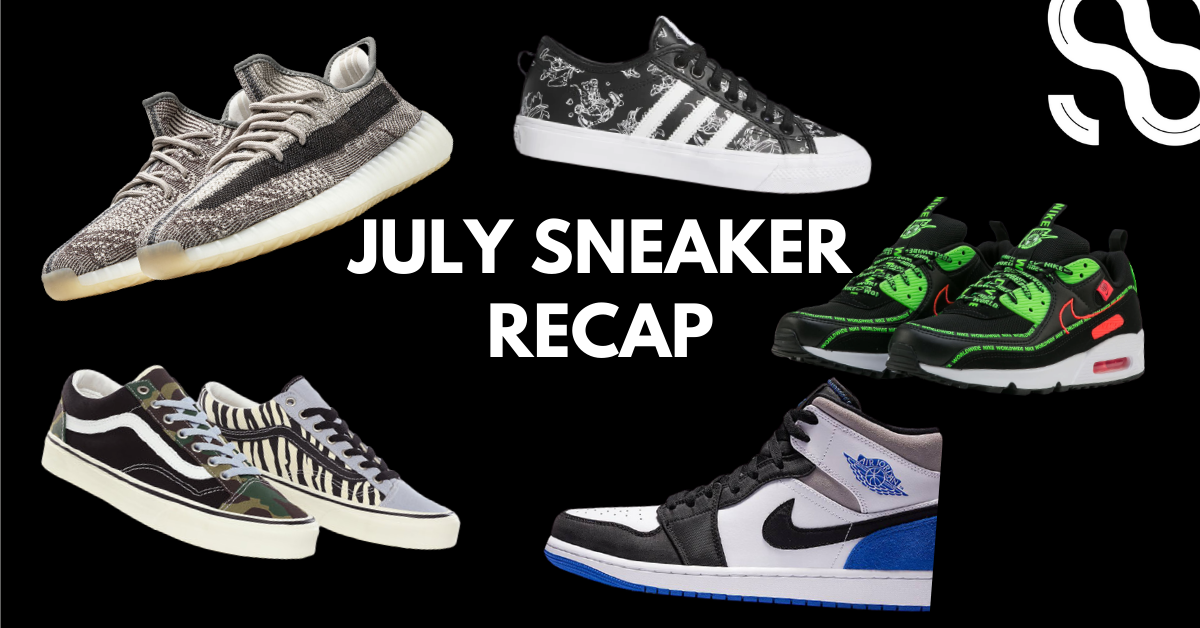 Nike has released a handful of university themed dunks in 2020, and what would be a better way to start the humid month of July with yet another university themed SB Dunk. Nike Dunk Low SP University Red, a subtle red and white-colored sneaker that anyone can’t go wrong with.

With Adidas recycling the waste coming from oceans in an initiative called “Parley”, Nike also had such an initiative planned for a long time. Finally releasing the Nike Space Hippie 03 Vast Grey Hyper Crimson. From the upper to the outsole, Space Hippie 01 is made of at least 50% recycled material by weight. The silhouette is part of an exploratory footwear collection constructed with Nike’s own “space junk”. The collection transforms scrap material from factory floors into a radical expression of circular design.

When we are on a budget while buying kicks, the first thing that strikes is Vans. SuperKicks India released the VANS Old Skool MISMATCH STYLE 36. Paying tribute to their formative start, the shoes symbolize the time when the company gave a nod to the riders to mismatch one of their sneakers in the event that it was blown out.

Air Jordan 1 Hi’s are arguably the most wholesome kicks to be made to date. Throughout the year we have seen a bunch of modern touches to the classic J1’s. Air Jordan 1 High OG Light Smoke Grey stuck to the statement quite well.

2020 by far has been a successful year for Kanye West and Adidas’s alliance, with Kanye absolutely minting alluring Yeezy’s in 2020, the Adidas Yeezy Boost 350 V2 Zyon was no lesser. Zyon flaunts a fall-like aesthetic with its blend of grey and earthy hues across its Primeknit construction, alongside its distinct lateral stripe coloured in black. They also released in India via VegNonVeg and SuperKicks on 18th of July.

Virgil Abloh, one of the most eminent names in the world of hype sneakers, collaborated yet again with the Jordan brand to produce the Off-White X Air Jordan 4 WMNS Sail. It was originally previewed as a sample at Virgil Abloh’s Figures of Speech exhibit at MCA Chicago.

Up next is one collaboration, that the entire sneaker community had been thriving for. Front and centre in the Nike SB Dunk Low Grateful Dead is the band’s most beloved emblem, the dancing bears, which first appeared on the rear cover of the team’s 1973 LP “History of the Grateful Dead, Volume 1 (Bear’s Choice).” Set in three iterations, the sneaker creatively rocks bear-inspired accentuation, such as a faux-fur and suede upper, a frayed Nike Swoosh replication the bears’ collars and an image of the bear on the tongue. (Another iconic Grateful Dead logo, the Steal Your Face skull, is printed on the underside of the sock liner).

The month of July also these compelling sneakers drop.

With this the month of July came to an end. Stay tuned to know what all August had in store for us.