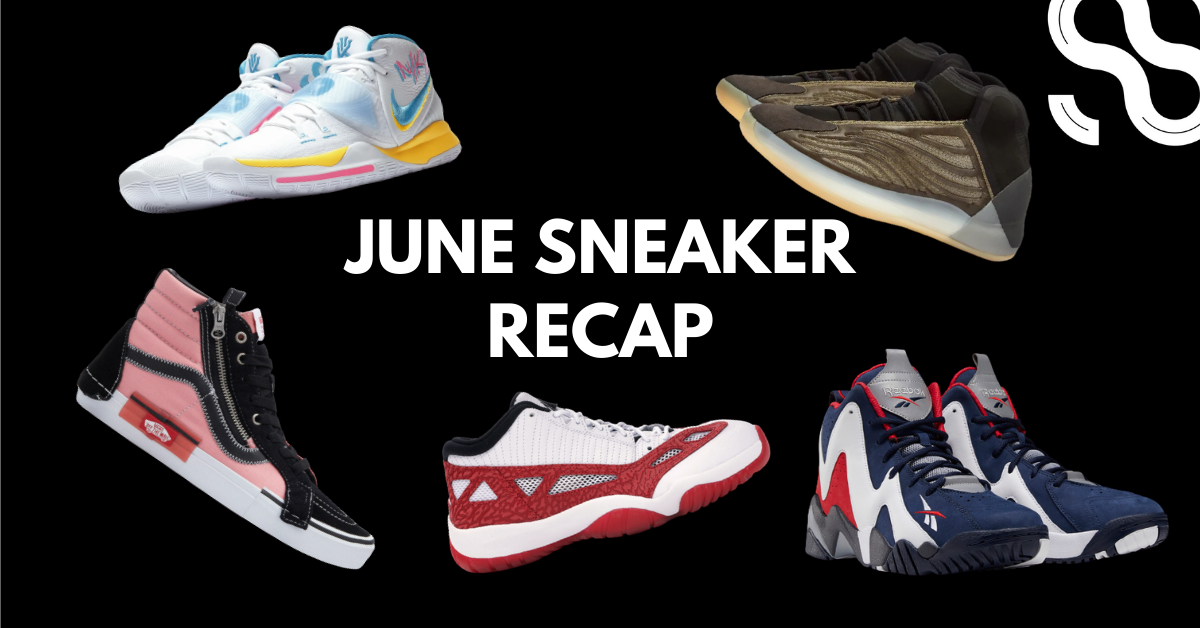 After a bunch of heat dropping in the month of May, June moved on a bit slower with the brands mainly focusing on the general releases.

The month of June gave the Vans followers a pleasant surprise, with SuperKicks India releasing the VANS SK8 HI REISSUE CAP. Coming in two different summer-themed vibrant hues, the whole sneaker community was pleased to have the Vans SK8 Hi’s back.

With the Area 51 topic going sensational on internet, we had expected to see a bunch of that on a Sneaker as well. Reebok stepped forward to release the Reebok X Alien U.S.C.M Bug Stomper, a sneaker wandering around the same subject. We saw these interesting pair of kicks via SuperKicks.

We kicked off the month of June right on the American Independence Day with the Nike Air Force 1 Low Independence Day 2020. Inspired by the United States flag, it was a must-cop for all the patriotic sneakerheads.

With Jordan branding performing very well in the first five months of the year, this general release gained the pace, relatively slower to it’s elder brothers but has been in demand ever since. The Air Jordan 5 Top 3 was inspired by three of the most influential J 5’s to be released.

Nike SB hardly disappointed us in 2020, and with yet another textbook SB Dunk, Nike released the Nike Dunk Low SP Champ Colors. It flaunts a University Orange and Marine color scheme with orange prominent on the underlays while navy adorns the leather overlays.

There hasn’t been a single month where we don’t get experience Kanye’s creativity. Releasing the Adidas Yeezy Quantum Barium. Again this tagged under the love it or hate it category but you can never go wrong with some Yeezy’s after all. This was the first ever Yeezy Quantum to release in India In-Store and online raffle via selected Adidas outlets.

Up next was an interesting pair of sneakers from the Jordan brand. Collaborating two of the most respected J 11’s, the Bred’s and the Concord’s, and transforming it into the Air Jordan 11 Low Gym Red wasn’t the best for business, it seemed. This Jordan 11 low iteration also saw an Indian release later on in the fall months via SuperKicks, Veg Non-Veg and selected Nike retailers.

To sum up the month of June, the team over at Jordan brand blessed the sneaker community with the absolutely stunning, Air Jordan 1 High OG WMNS Tie Dye, a true contender for the most beautiful sneaker of 2020.

This was all for the hot summer month of June.

Nike LeBron 7 “Christ The King” will be returning in December