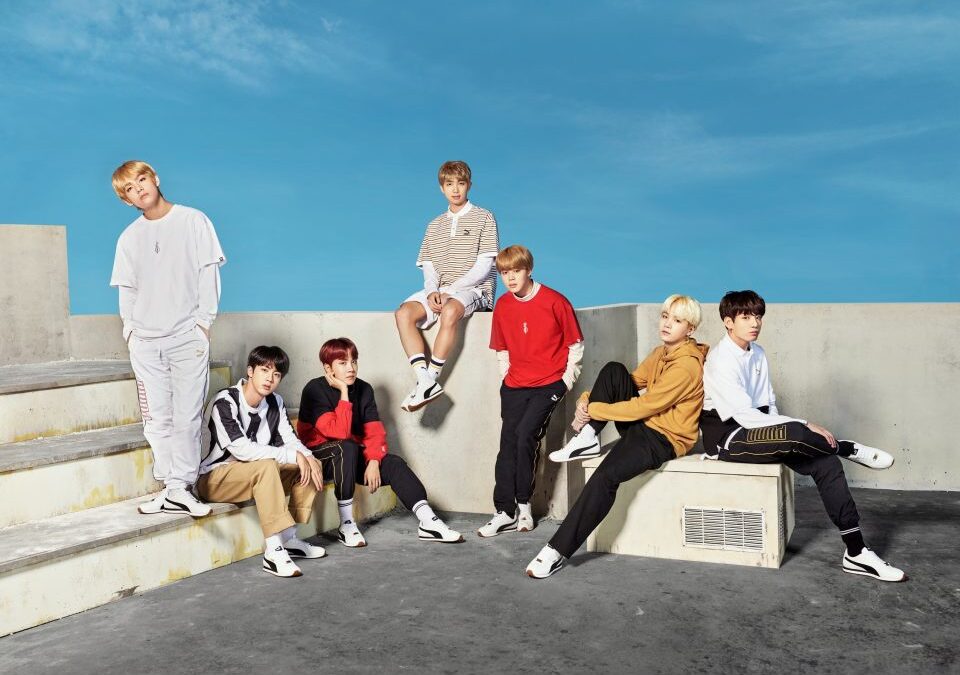 To understand how influential K-pop is worldwide, look no further than social media!

The 26th birthday of Jin, the singer-songwriter of Korea’s pop supergroup BTS, was by far the top Twitter trend globally, garnering more than a million tweets.

K-pop is a mix of pop, rap, electronica, and other genres with a South Korean twist. With its roots in the 1990’s, this Korean pop culture is affecting far more than social media trends and billboard charts. Fans of the music are taking up streets with outfits inspired by this pop music culture.

Streetwear is highly inspired by the impressions of K-pop idols on stage and real lives too. Kpop has such enormous by now that is has been entered the sneaker world too.

The omnipresence of K-pop fans on social media around the world is fueling the trend as well as the importance of visuals in the genre. It has become a street sneaker culture altogether inspiring a huge crowd of millennials with their bright colors and bold prints which are the signature norms of K-pop acts. The K-pop idols have made fads of the most mundane and unexpected pieces of clothing.

A campaign T-shirt from Rev. Jesse Jackson’s failed 1988 presidential run became a must-have in South Korea this year after rapper Moonbyul of Mamamoo wore it.

The introduction of makeup lines for men is largely due to K-pop, since many members of the boy bands use “guyliner,” lip tints, and brow fillers and it’s no coincidence that South Korea reportedly makes up 20 percent of the global men’s cosmetics market.

The influence of K-pop is not limited to streetwear, it has also bombed the sneaker culture with its vibrance. It has shaped the sneaker culture trends in a way music hasn’t seen since the genesis of American hip-hop when brands like Adidas, Kangol, and Jordans became must-haves for listeners. The idea of merging this fever of K-pop into sneaker designs have aced the results of shoe designers globally.

Also, New Balance, a 110-year-old heritage company from Boston has managed to insert itself so completely into the K-pop culture and the markets of South Korea, which is quite a trending sensitive country.

Puma teamed up with the Korean boy’s band, BTS in South Korea in 2015. Now the athletic label is taking its partnership to the next level with product collaborations, which include the Puma Turin as well as sportswear.

Since fans can’t actually get to know the K-pop acts they idolize, buying the same items they buy is a way for them to feel connected to these stars.

Hence the fan following of K-pop idols has skyrocketed the social media onto a whole different level!